The new D.C. United jerseys are out, sans new sponsor.

Today, D.C. United released the 2014 version of their home jersey at an even for season ticket holders at Pinstripes in Georgetown. The leaks were spot-on, as the kit was released without a sponsor on the front of the jersey, nor with a stripe across the chest like Real Salt Lake's jerseys have.

First, have a picture of Steve Birnbaum modeling the new jersey 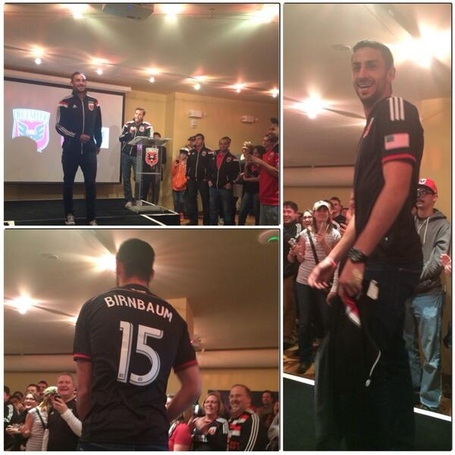 And another of Birnbaum, this time with the big reveal: 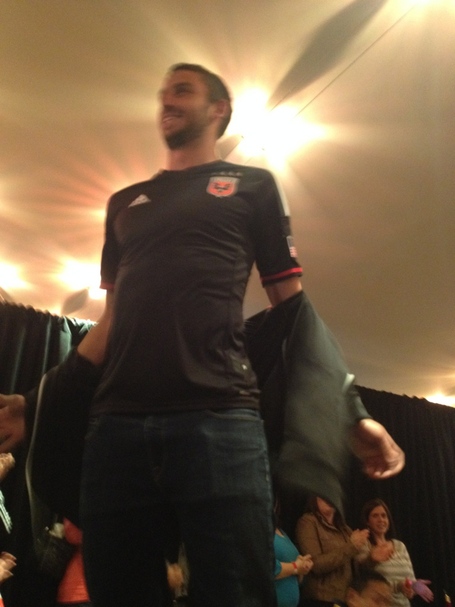 Obviously, there is a big space on the front of the jersey where the new sponsors logo will eventually go, making the jerseys less plain than they are right now. However, I like that simplicity; I feel like last year's home jerseys were a little too busy, too many color changes and highlights upon them. But now that the jersey is confirmed and you have seen it on an actual player, what do you all think of them? Do you like the simplicity, like I do, or were you hoping for something a little more exciting, like RSL?