Share All sharing options for: Benny Award 9: The Etchy 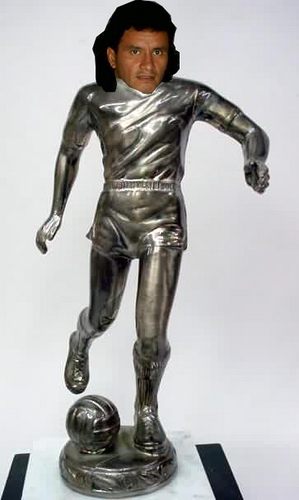 The 2011 preseason started today for D.C. United, so what better time than today to begin wrapping up our 2010 Benny Awards? Well, honestly a better time would have been December, but we're a little delayed due to my getting wrapped up in the MLS Draft 2011 hype.

This will be your last chance to cast a vote for our player awards, and this is the most important. The Etchy is named for all-time great Marco Etcheverry, and its presented each year to the team's most valuable player. There's one more award remaining, but that one won't involve any voting. And yet the winner for that award is still likely to be the same as the winner of this one.

1. The team's leading scorer and MLS Rookie of the Year was just about the only offensive option for United this season. Andy Najar provided a spark when D.C. needed it and we hope that he'll continue to grow and mature as opposing teams start to figure him out more and more.

2. He's already earned the honor of winning the Popie, which is our Defender of the Year award. Will Julius James capture another award here? James was United's most consistent defender throughout the season, and was also responsible for one of the greatest moments of the season in providing an 80th minute goal in the team's victory over Toronto FC.

3. Dejan Jakovic is included here mostly because he deserves the chance to retain his title as last year's winner of the Etchy. Jakovic seemed to have regressed in 2010. Or was he just playing injured almost the entire year?

4. United's captain Santino Quaranta led the team in assists with... um... two. Quaranta also had two goals and combined well at times with Najar, meaning that one of the two of them should probably win this award. I wonder which it will be...