Share All sharing options for: Benny Award 8: The Popie 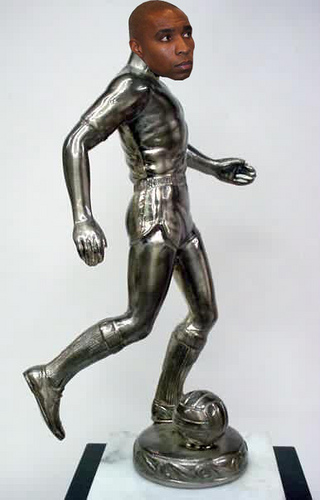 Following an unexpectedly long intermission, we return once again to the Benny Awards, where we honor D.C. United players for their work done in 2010.

This week's award is the Popie, named for one of the greatest defenders in MLS history Eddie Pope. The award is granted to United's defender of the year.

1. Last year's recipient of the Popie Award was Dejan Jakovic, who appeared to take a surprising step back in 2010. The young Canadian has strong tackling ability, is good in the air, and is a better dribbler than most would expect, but his season also contained far too many costly mistakes for a player of his caliber.

2. Jakovic's partner in central defense for most of the season was Julius James, who was quite easily the most improved player on the team. James went from a fringe starter who had been let go by two previous teams to the leading contender for a defensive award on the worst team in the league. Maybe that's not so much of a step up afterall.

3. Despite playing only nine matches with the club after arriving via trade from the Columbus Crew, United named Jed Zayner as its Defender of the Year. Zayner demonstrated consistency and versatility in his work at the end of the season, starting at each spot on the backline at least once. He may have been a big reason why United looked better after Ben Olsen took over the coaching reigns.

4. Getting a lot of responsibility in his rookie year, Bill Hamid was United's best goalkeeper in 2010. He staked his claim on the starting job far earlier than anyone could have guessed before stepping aside due to injury. The 20-year old Academy signee could be asked to start on Day 1 in 2011.