Inspired by our walk around Buzzard Point and the recent demolition event, David , Tod and I took a second look at the DC United stadium design. There have been plenty of complaints about the neo-industrial style of the stadium plans. Perhaps the design is an attempt to mimic the industrial character of the Buzzard Point area, one of the city's last industrial pockets. Maybe a better approach would be to put the past aside. After all, an old scrapyard is not exactly an inspiring theme for a new stadium.

DC United may have already changed some aspects of the renderings. In an interview with the Washington Post at the demolition event, Jason Levien indicated that he and DC United are focusing on the design and the implementation of the stadium. He said, "We like what we're seeing. We think it's going to be a terrific venue." This follows the more critical comments made by Marcie Cohen of the DC Zoning Commission, who was quoted recently in the Washington Business Journal as follows. "I actually looked at it and I thought, this reminds me of a prison, the facade. I think we need to get a little bit more, maybe a little bit more friendly to the neighborhood, because if I'm looking at the facade, I wouldn't be too happy with that view." So the question is how will the new stadium fit in at Buzzard Point?

In our meandering walk around Buzzard Point one area that stood out was the pleasant brick and steel fence along Second Street, SW. Although this is the perimeter of National Defense University, the fence reminds us that most of the residential areas in Washington DC are populated by brick houses. Many of these are colonials. Of course architects generally hate this boxy style, as being too formulaic and harkening back to the past. It's true that in DC in the 20th century colonial style houses were stamped out in a typical configuration of center hall or side hall design. But walking through DC neighborhoods is a pleasant experience, and brick is a visual common denominator. 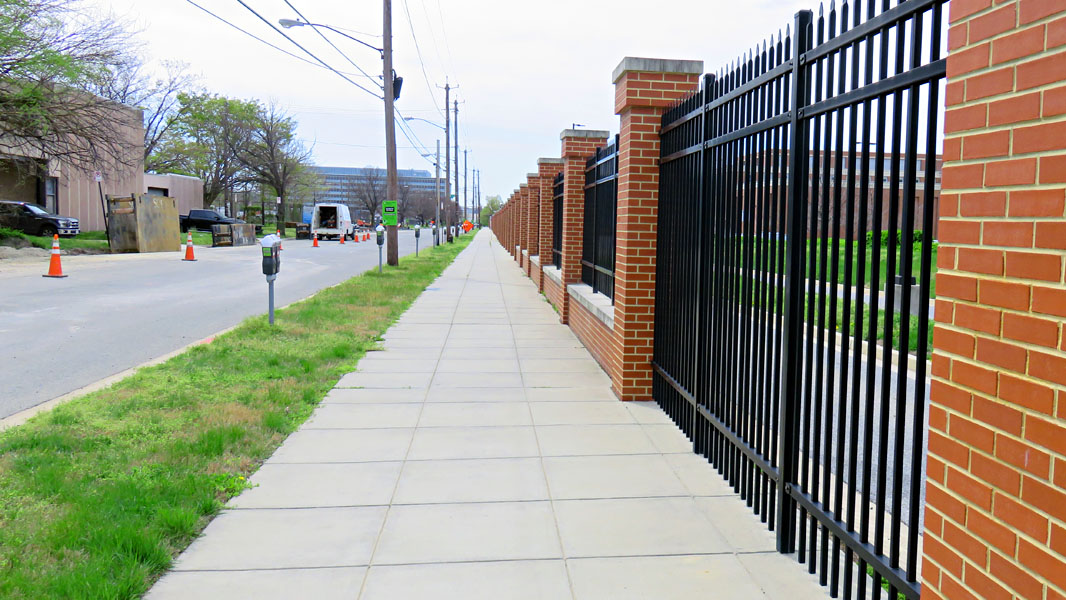 Further up from the National Defense University is Fort McNair and the neighborhood area of Buzzard Point. Not surprisingly brick is also a theme in this neighborhood. In 2014 David and Doug on their advocacy walk were quite impressed with the walk along P Street, with the graceful trees, red brick wall, brick apartments and brick houses. Some art nouveau 1960s townhouses, their exterior pale colors now fading, break the pattern on occasion, but with the common brick exteriors, the general feel of the area is pleasant. The red brick wall of Fort McNair is mirrored on the other side of the street in both low rise apartment buildings and houses. This, of course, is a pattern replicated over much of the Washington, DC. 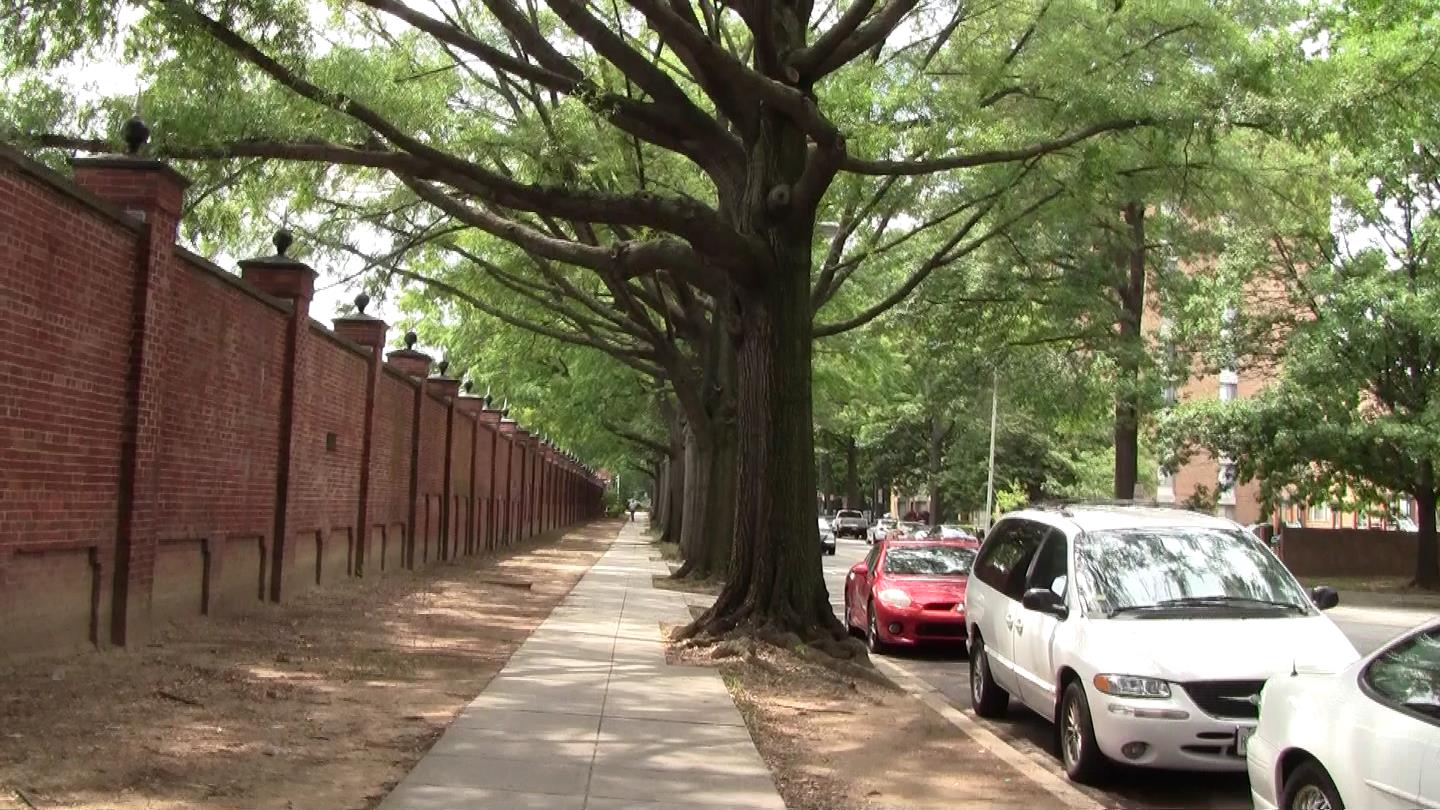 The monuments in Washington, DC are constructed mostly from marble and granite, featuring various shades of grey and white. Also, the downtown buildings are more neutral in color. The color scheme of the exterior of the new DC United Stadium may be a decision for later, but the January 2016 renderings of the stadium feature the same neutral color scheme. The early stadium design sticks to the grey and white color scheme of the monuments and the downtown buildings.

The nearest neighbor to the DC United stadium is National Defense University. Other building will be constructed only after the stadium is complete. The picture below is taken from the intersection of 2nd and T street looking south from stadium's southwest corner. The combination of the prevalence of brick in Washington DC's neighborhoods and the nearest Buzzard Point building complex means that the use of this material should at least be given consideration as a connecting theme in the new stadium. 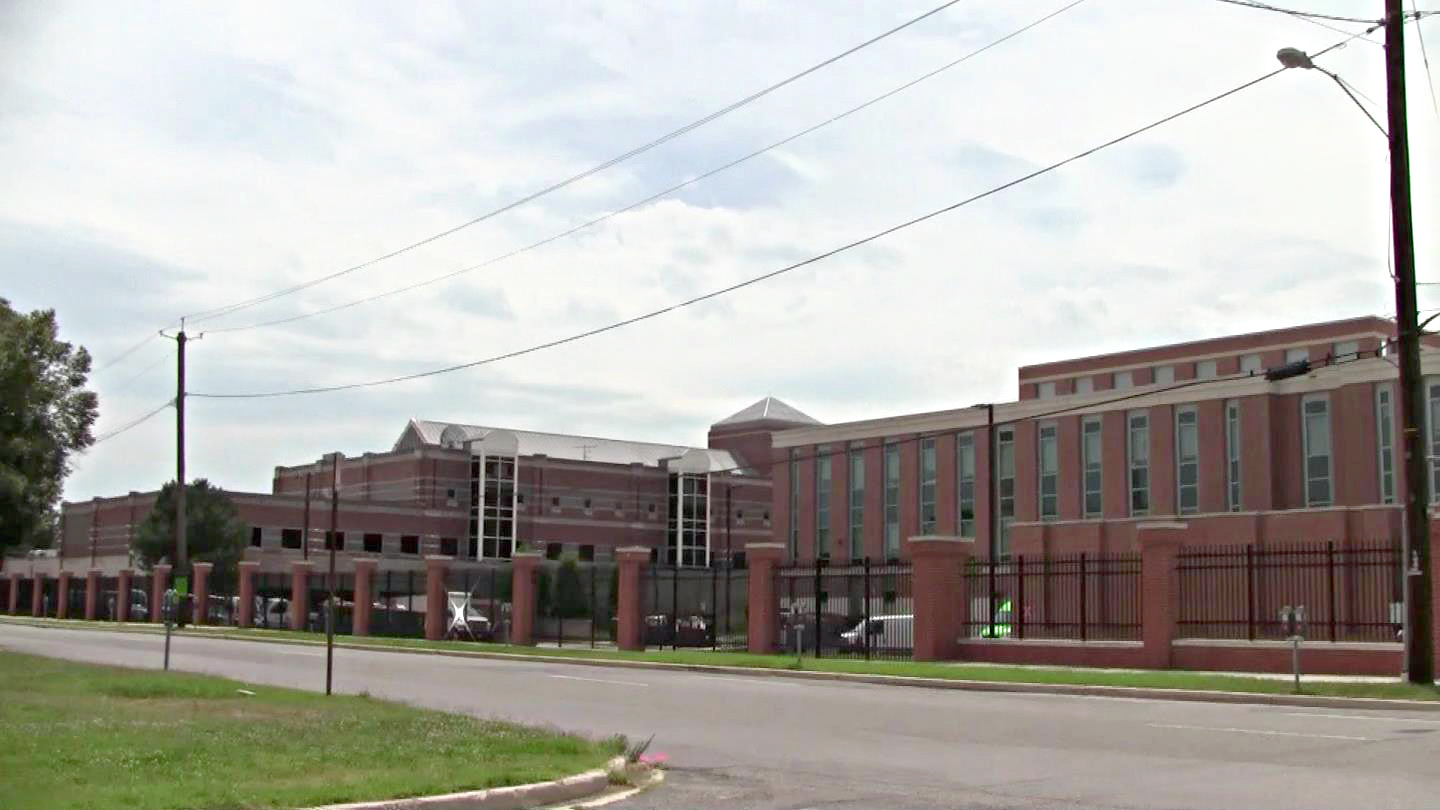 The current renderings of the DC United stadium actually have plenty of brick in them, but they are on the ground as pavers on the walkways. Most veneers are gray, adding to the industrial look of the planned stadium (see the first picture below, the architects' rendering of the east side of stadium). The walkway is constructed from red brick pavers, but overall the look is very institutional. This rendering is of the grand walkway that runs down the east side on the outside of the stadium, over or near PEPCO's right of way. This is one of the first views fans will have coming from parking and the subway near Nationals Park. 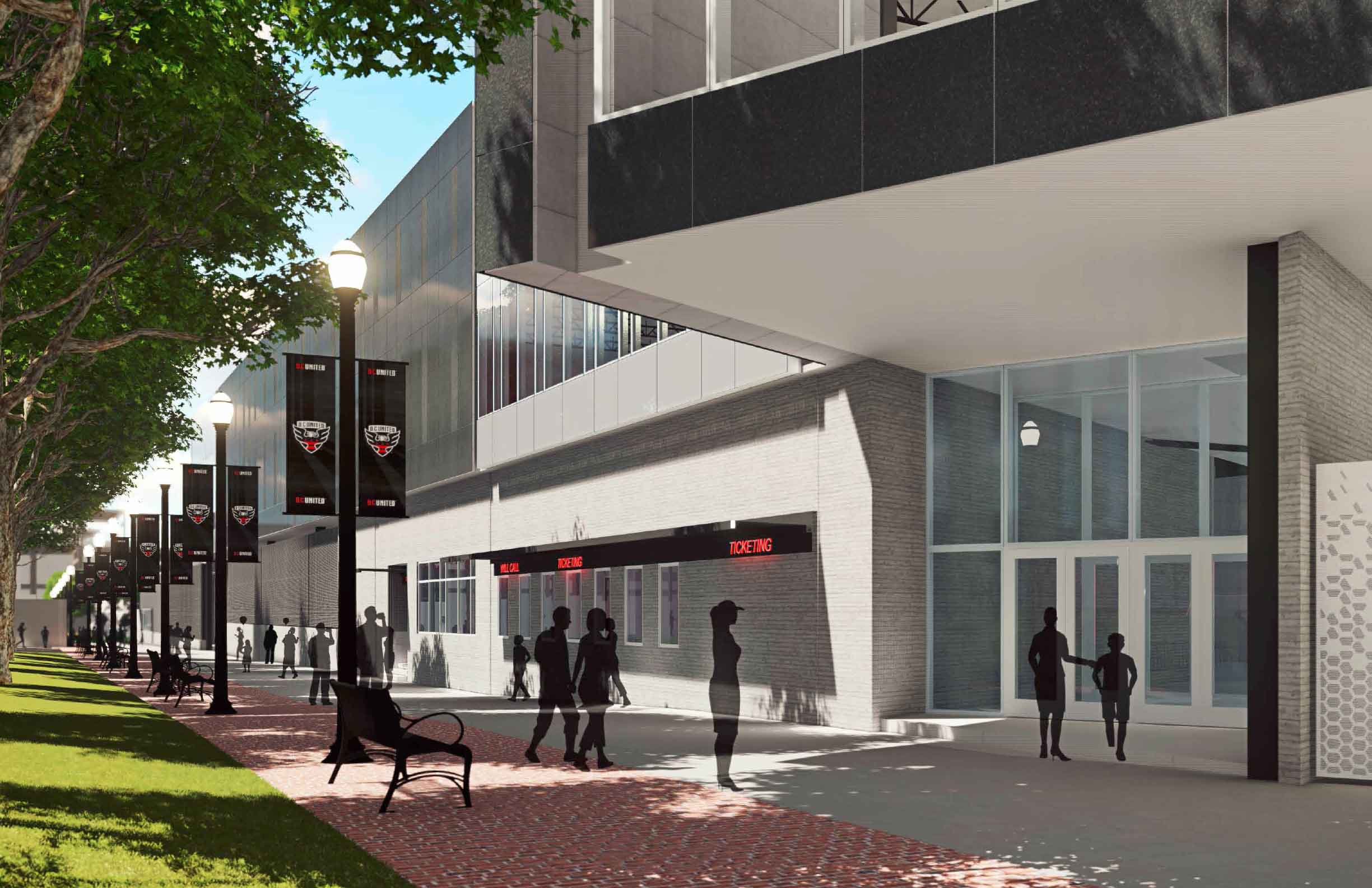 Another possibility would be to construct the stadium accent veneers out of the red brick so common in Washington neighborhoods. This was actually done for Camden Yards, not because of connections with the neighborhoods, but with the brick warehouse that provide the backdrop for the view of right field. Perhaps in the same way, the veneers of some of the ground level structures of the new DC United stadium could be made of red brick, taking a cue from the pleasant neighborhoods of DC in providing a base for the stadium rising above. To see what it might look like to have red brick at the base of one part of the stadium, we've modified the official January rendering in Photoshop (see picture below). 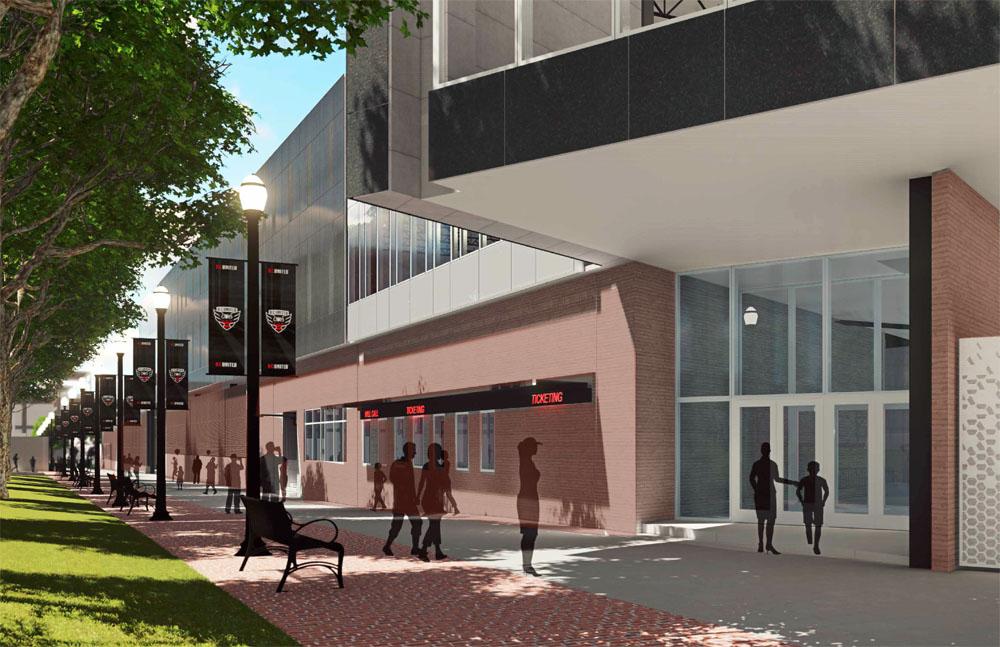 It would be nice to have a building that is consistent with the feel of DC's neighborhoods. Perhaps it doesn't even have to be brick, but the color of brick. The present drawings list the base material as "form liner cast in place concrete with wood plank texture." This could easily be changed to be of brick texture and color with little difference in cost, with some key areas of the stadium faced with real brick.

You've already guessed which of these versions we like better. According to our view, the brick feel is warmer and less institutional.

But we're interested in what you think. How would you like to see the DC United Stadium fit into the neighborhood of Buzzard Point? What architectural aspects of other stadiums do you really like? Any and all comments welcome.