Share All sharing options for: Benny Award 6: The Freddy 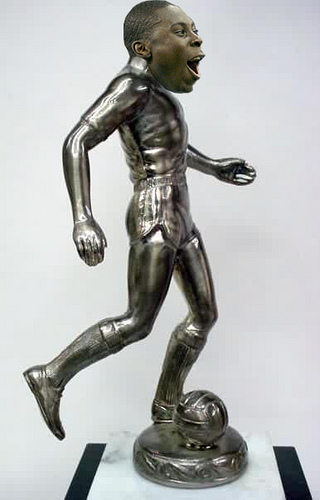 Inspired by former child protege Freddy Adu, the Freddy Award goes to the D.C. United player that inspired the biggest story this season. Past winners of the award have included the rookie combination of Chris Pontius and Rodney Wallace in 2009, and Santino Quaranta for his overcoming substance abuse in 2008.

Who will win this year? I'd say there are two really good candidates, and then two others just to fill up the ballot.

1. There was only one D.C. United player who was the star of an ESPN feature piece on Soccer Academies in MLS. That would be Andy Najar, the league's rookie of the year, and the team's hope for the future.

2. There was only one D.C. United player who made the All-Star team, and who now once again rightfully owns the record for most goals in an MLS career. Thanks again Jaime Moreno. He retired before it was cool to retire.

3. There was only D.C. United player who shut out England at the new Wembley Stadium for the first time ever. That would be Branko Boskovic and his Montenegran National Team. Now if only he could pull off the same sort of magic here in D.C.

4. We all thought it was pretty cool when Ben Olsen was named an assistant coach for United. Sounded like a nice honorary position. But he's so much more. He's always been so much more.