Bill Hamid is several rows behind us yelling instructions to the defense. "Marcelo. Watch out for number 5. Nicky. You've got two to deal with." He's totally involved in watching the game from a player's point of view. Meanwhile Julian Buescher sits quietly watching the game and from time to time stares into his mobile phone.

As the game progresses, the defense is full of miscommunication between the goal keepers and the players. In live action it looks like Franklin is uncertain and uncomfortable. DeLeon looks good going up the wings, but watching live he seems not know when to stay back. The right side was vacated quite a bit. Without Hamid, the goal keeping has a long way to go. Worra seems confused and Klenofsky has a long way to go. In the second half he seems to yell out "keeper" somewhat late again with a resulting goal. He may have potential, but he is clearly not ready for prime time. Marcelo is in the mix, but seems a step slow all night. 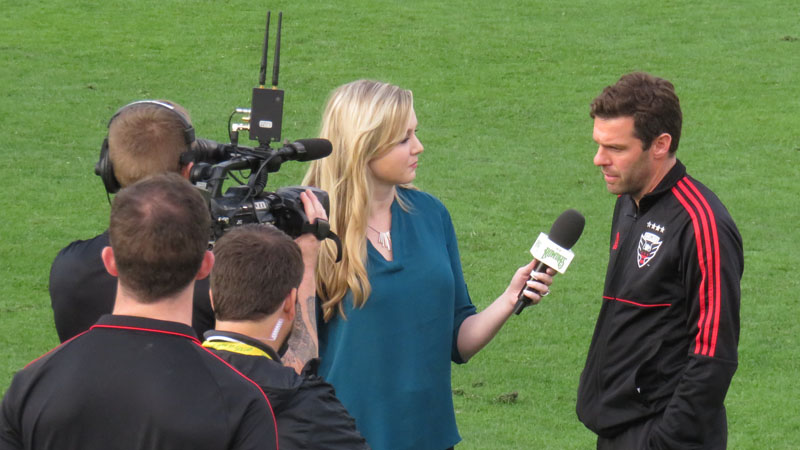 The two goals are nice. For my eyes it appears Nyarko misdirects the ball into the goal and Birnbaum of course has a great header. The forwards appear to be a bit isolated out front. Most of D.C. United's creative play come from the wings, as Nyarko and Sam have very good nights. After they come into the game, Vincent and Harkes look quite good, a step above the first half starting midfielders. I would like to see more of them with Acosta. Ortiz is a hard working player and actually seems to outplay Mullins by a small margin. He has some creative touches and uses his speed to get defenders on their heels. Both forwards will serve United well this year, but the midfield needs to get the ball to them in better positions. 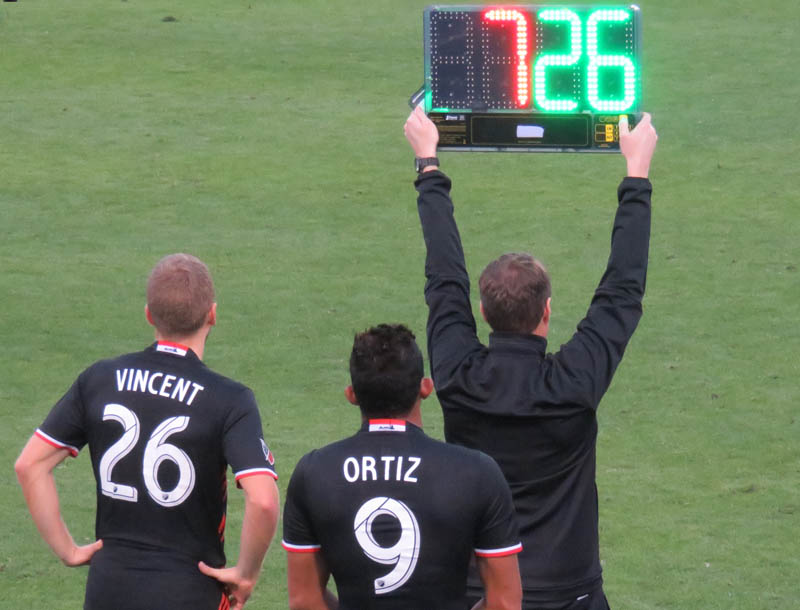 After one throw-in that went to Montreal, Coach Olsen was complaining to the assistant referee. I overheard the AR say to Olsen, "You'll get the next one." Olsen seemed surprised and happy with this admission that the referees had no idea which way the throw-in should go. Throw-ins on plays right in front of the bench are often the most complained about plays in games, and also the most inconsequential for the run of play.

But my overall impression of the match is that the defense was poor and unorganized. Birnbaum and Kemp played well, but I'm not sure I'm sold yet on the DeLeon/Franklin combination. Time will tell, but more games like this one will result in a change. Of course having Hamid sitting several rows behind me shouting instructions to the players on the field reminds me how important the goalkeeper is for organizing the defense.

As we're leaving the stadium, we notice a new addition to our bumper. We have a Rowdies magnet on the car. Given that United isn't playing the team in preseason, I can say without prejudice, "Go Rowdies."