Share All sharing options for: Benny Award 4: The Donnety 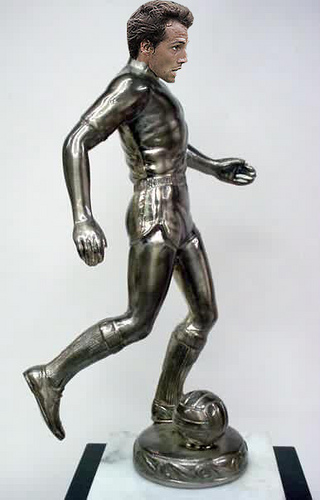 The award is named for Matias Donnet, the Argentinian star midfielder who had played previously at Boca Juniors and Venezia before coming to D.C. in 2006 with loads of potential. But he would play in only eight matches, score only one goal, and leave in disgrace before the end of the season.

Does that remind you of anyone on our current roster? Or maybe more than one player?

1. Christian Castillo embodies what the Donnety Award is all about, and in any other year, he would probably run away with the vote. But this year, there are just so many good candidates! Castillo appeared in 10 matches before losing his starting job and then eventually losing his contract. He scored two goals against the U.S. in World Cup Qualifying with El Salvador, but couldn't replicate those abilities in MLS.

2. United missed the playoffs by one point each of the past two seasons while going without a consistent starting goalkeeper. The last time they made the playoffs was when Troy Perkins was in net, so naturally the team would shoot right back to the top after signing him back, right? It didn't work out that way. Perkins looked nothing like his former self in the early parts of the 2010 season, and even lost his starting job to a 19-year old rookie.

3. The only other significant international signing this offseason was Danny Allsopp. How United expected a 32-year old Australian to replace a guy who had scored 42 goals over the previous three seasons, I'll never understand. Five goals in 23 maches isn't a great strike rate for a starting forward.

4. But at least that's a better strike rate than Pablo Hernandez can brag about. The Argentinian forward didn't come to D.C. with much fanfare, but his stat line is particularly disappointing because he showed so much damn skill and potential. Most of us prefer that our forwards actually possess the ability to score occassionally.