Share All sharing options for: Introducing The Benny Awards 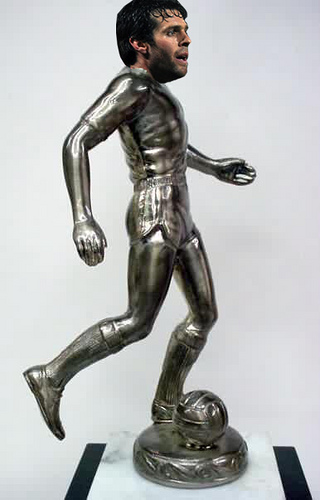 It's an annual tradition. The Benny Awards! Also known as the Bennies.

Each year, we conduct a series of polls giving you a choice of four D.C. United players nominated in each category. Voting will last for two weeks per category, there are ten categories, and a new one will be posted each Tuesday evening, starting tomorrow.

In this the third installment of the Bennies, we have one change. I've elected to discontinue the Grosy Award (as awarded to the ballsiest player in previous years) in favor of the Esky Award, which will now be presented to the most popular player.

And so the awards this year are as follows:

Feel free to take a look at last year's voting to get a better idea of how all this works. And if you have any strong feelings about which players should be nominated for certain awards, feel free to leave it for me in the comments.