New renderings of the proposed D.C. United stadium have been released, with MLS stadium veteran Populous as the designer of the renderings.

Today, D.C. United released updated renderings of the proposed stadium for Buzzard Point as a part of their season ticket holder event at Pinstripes in Georgetown. The rendering, featured below, show a multi-tiered stadium that includes a roof over all of the supporters but open-air over the field. There also seems to be plenty of luxury boxes, as one would expect, as well as stands behind at least one of the goals. The side opposite of the luxury boxes has a couple of levels of upper-deck seating. 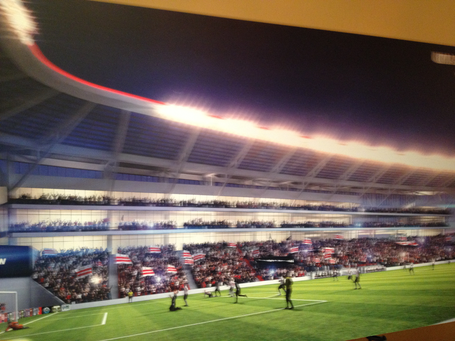 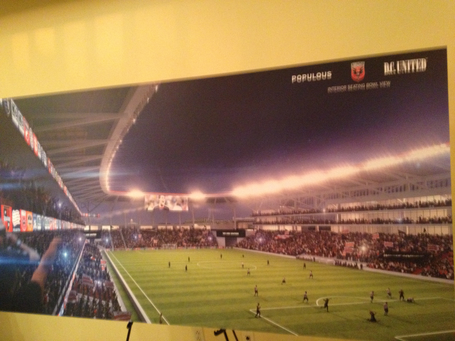 Also announced as part of this news is the fact that Populous has been selected as the architecture firm for the stadium project. HKS Architects was the firm that provided the original renderings that received so much buzz, but Populous is a firm with experience in designing MLS stadiums. The firm designed BBVA Compass Stadium for the Houston Dynamo, constructed at a cost of $95 million; Dick's Sporting Goods Park for the Colorado Rapids, constructed at a cost of $131 million; and Sporting Park for Sporting Kansas City, constructed at a cost of $200 million. The firm is also designing the new stadium for Orlando City Soccer Club, as well as having designed soccer stadiums in England, Portugal, Mexico, France, and others. UPDATE: Team officials wanted to stress that Populous only designed these renderings; however, no contracts have been signed.

So what do you all think of the new stadium renderings? Do you like them more or less than the old images?

Next Up In D.C. United Stadium News