A mainstay in Washington soccer for more than 10 years, Spirit veteran Lori Lindsey to retire

You might as well consider Saturday's Washington Spirit final regular season match at the SoccerPlex against Sky Blue FC a playoff match. Win and the Spirit are in. Wily veteran Lori Lindsey sure gave the Spirit a little extra to play for this week, announcing her planned retirement from soccer later this year.

Share All sharing options for: A mainstay in Washington soccer for more than 10 years, Spirit veteran Lori Lindsey to retire

Washington Spirit midfielder Lori Lindsey, 34, announced Thursday night that she will retire later this year, after completing her Washington Spirit season and the upcoming Canberra United (W-League) season in Australia.

Known for her infectious sense of humor, Lindsey is a players' player. The outpouring of response to her retirement speaks volumes about what sort of teammate she is, while the longevity of her career, spanning three American professional leagues, stands as testament to her adaptability and hard work.

In her "open letter to soccer" that served as the vehicle by which she revealed her upcoming retirement, Lindsey wrote:

You became my job, my livelihood, and allowed me to know what it means to represent my country at the highest level. I feel so honored to have had those opportunities. And you kept loving me, teaching me lessons of strength, hope and perseverance. 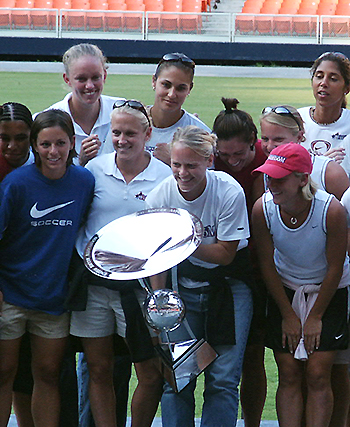 Lindsey made 31 appearances and scored one goal for the U.S. Women's National Team. She was a member of the 2011 Women's World Cup squad that brought the team back into national prominence, finishing as runners-up to Japan after thrilled quarterfinal, semifinal, and final matches.

Though a native of Indianapolis, Lindsey has been a mainstay in Washington for more than 10 years, beginning in 2003 as a key member of the squad that won the WUSA Founders Cup Championship, after playing her rookie season in San Diego (also named Spirit, by the way.)

She remained in Washington, continuing with the Freedom in the W-League and winning a championship in 2007. She was a member of the inaugural Women's Professional Soccer Washington Freedom in 2009 before being selected in the expansion draft by the Philadelphia Independence. She remained with Philadelphia until the WPS concluded. She spent one season with the Western New York Flash in the year between leagues.

Allocated by US Soccer Federation to the Washington Spirit for the inaugural season of the National Women's Soccer League, Lindsey served as captain, Lindsey, seeing the young club through a difficult first season that included a mid-season coaching change.

This season has been a different story for the Spirit, and though Lindsey's role has changed, her steady play and professionalism has served as cornerstone for a team that has been unpredictable at times. 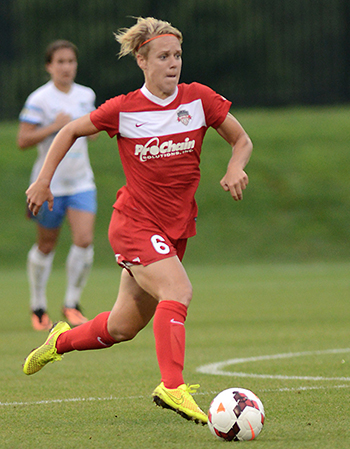 Early in the season, head coach and Mark Parsons wanted to limit Lindsey's minutes. Initially, her time was drastically decreased, but as the season progressed, both Lindsey and Parsons settled into a role for her that was most advantageous to all.

After tinkering with using her as a super-sub of sorts, Parsons slotted Lindsey back into the starting lineup. During the recent run up to the playoffs, she's shared time with Yael Averbuch; the move has seemingly worked well for both.

As Lindsey's distinguished career winds down, this scrappy Spirit squad is poised to prove it has what it takes to go on a playoff run. One win on Saturday against Sky Blue and Washington will finish in third place and would then play Kansas City in the semifinals. In this league where there is but one play-in to the final, Washington stands as good a chance as anyone to get there.

I was lucky enough to cover Lindsey's first season with the Freedom in Washington. I also happened to be present for her one goal for the US in the 2012 Olympic Qualifiers in Vancouver. I'm grateful to have seen her professional career develop. Back in 2003 she was certainly a young player with a ton of promise, but if you'd asked me if she'd have the career she's had, I'm not sure I would have predicted it.

The truth is I have the utmost respect for her determination and her obvious love of the sport. After an initial appearance for the US senior team in 2005, Lindsey didn't see time again until 2010, nearly 10 years into her professional career. Her relentlessness paid off with a trip to the 2011 Women's World Cup in Germany. Maybe what I appreciate most is that Lindsey really stands as one of the great success stories for professional club soccer in the United States, having played in all three leagues. 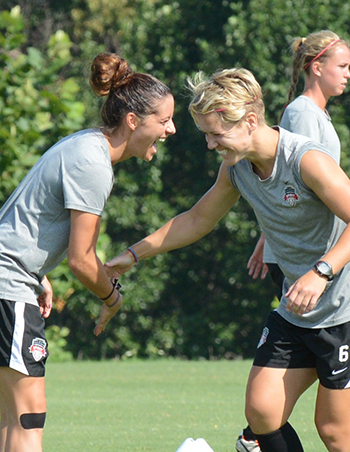 Washington has been fortunate to have Lori Lindsey as part of our soccer community for more than a decade. She has represented our community and the sport in a positive way at every turn. Somewhat ironically, in a city known for its power and a fair amount of bravado, Lindsey is not a player that will win you over with flash. In fact, so much of what she does will never show up on a score sheet.

The fearless confidence she has carried onto the field each of the last two seasons has settled the Spirit in ways that are probably hard for many to grasp. Statistics only tell one side of any team sport. Intangibles, in my opinion are under-valued by far too many. Yes, you need your 10-goal scorer. But you also need players like Lindsey who are valuable to chemistry and team dynamics.

Regardless of the outcome of Saturday's match or potential playoff games for Washington, the successful turnaround Spirit season is a fitting farewell for one of America's hardest working players, who can absolutely consider here time here a job well done.