We're halfway through the final round of CONCACAF qualifying for next year's World Cup, and the USA is sitting pretty. Tonight, they look for a measure of revenge against a Honduras side that beat the Yanks in the opening game of the round.

Immediately after the United States Men's National Team's 2-1 loss to Honduras back on February 6 in San Pedro Sula, many of us saw a team in crisis. The Yanks not only lost, they were completely outplayed by the Catrachos. Fast forward to today, and those memories are nigh unrecognizable. The USMNT sit top of the table at the midpoint of the Hexagonal, CONCACAF's final round of qualifying for the 2014 World Cup, and three of their remaining five games will be on American soil. We've already gone to Estadio Azteca in Mexico City - and gotten a result - and, most importantly, the team for the first time resembles what manager Jürgen Klinsmann promised us when he took over the team nearly two years ago.

But what matters tonight is what happens on the field, as the USA play host to Honduras in the Wassatch Range. Three points will all but guarantee the Stars and Stripes a berth into next year's World Cup, while anything less will still probably see the USA as favorites to qualify but will inevitably result in consternation and leading questions from pundit types (like myself). Let's not let it come to that - let's get the win tonight. 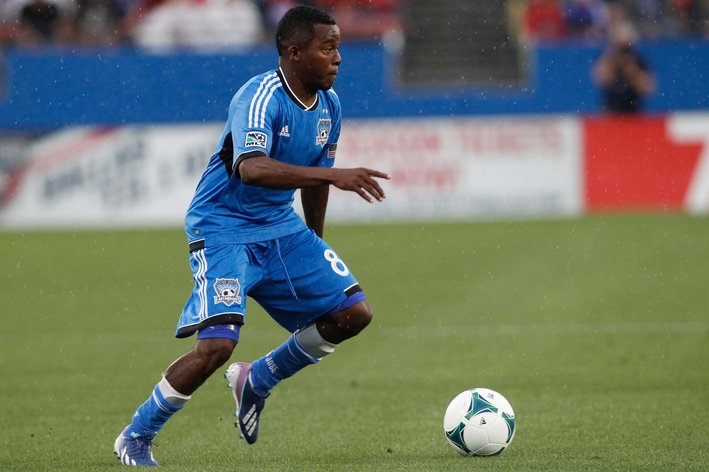 Projected USA Lineup: There will be one forced change from the side that beat Panama last week in Seattle, as fullback DaMarcus Beasley will miss out due to yellow card accumulation. Jermaine Jones is reportedly recovered from the concussion that kept him from that match, and Graham Zusi is eligible after a yellow card suspension of his own. Zusi will start for sure, so the two biggest question marks are who will replace Beasley on the left side of the defense and whether Jones will return to the starting XI after Geoff Cameron played the game of his life at his position last week.

Tim Howard will obviously start in goal. Look for just the one forced change on the back line: Brad Evans, Matt Besler, Omar Gonzalez, Edgar Castillo (who won't be fresh off a flight from Brazil this time). I think Klinsy will put Jones in alongside Michael Bradley in central midfield if he truly is good to go. The outside midfielders should be Zusi and Fabian Johnson. Jozy Altidore will look to score in his fourth straight game up top, and Clint Dempsey will play in the hole.

Prediction: The USMNT takes care of business. This is not the same team that lost in San Pedro Sula four months ago, and they prove it tonight, avenging that loss by at least two goals.

What Are You Drinking?: I'll be watching tonight from the wilds of Anchorage, Alaska, and the Glacier Brewhouse, which has an impressive list of brewed-in-house beers. So I'll be having one (or more) of those.

If this is your first time here, welcome - we hope you'll stick around and participate in the comments! If not, welcome back! As always, this is your place for pre-game, in-game and post-game conversation.