It's a huge match with absolutely nothing on the line as the USMNT plays the Belgians in Cleveland of all places.

Somehow, this one has snuck up on me. I'm ready for Sunday's USSF Centennial Match at RFK (and based on the Germans' showing against Ecuador in Miami today, our boys better be ready for it, too), and of course the June set of World Cup Qualifiers are conspicuously marked on my calendar. But tonight's friendly managed to fly under my radar. It's not that I don't like Belgium (I love mussles and beer!) or don't enjoy watching their young golden generation improve and impress the world at each turn. It must be the site of this one that made me look past it - no offense to the Forest City. 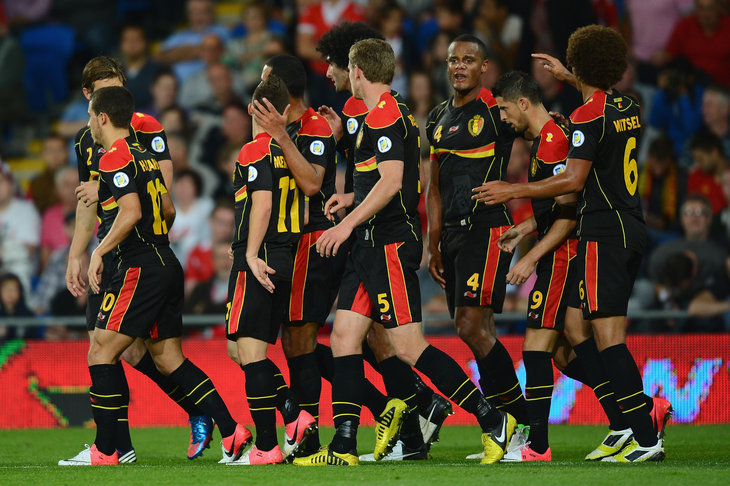 Curious how tonight's friendly could play out? Look no further.

TV: ESPN (moved from ESPN2 and blacked out on ESPN3)

Projected U.S. Lineup: I'll defer to our own Kevin McCauley's starting XI projection over at our sister site Stars & Stripes FC. (But do consider the later-breaking news that Jurgen Klinsmann will be starting both the snow-free dome of Jermaine Jones and Sacha Klejstan.)

Prediction: Since this is a friendly, I'd really rather see the U.S. try to stand toe-to-toe with the Red Devils (I couldn't decide between the French and Flemish versions of the nickname, so I defaulted to English.) - even if it means losing. Even if it means losing by multiple goals. I'd happily take a 4-2 loss if we saw an effort and a mentality I could be proud of. But I don't think Klinsy's brain works the same way, so I think we'll see the team come out with a more defensive set of instructions, and we'll end up on the wrong side of a 2-1 loss that actually flatters the Yanks.

Want a chance to see the USMNT in person this weekend, for free? Enter for a chance to win a pair of tickets to the Centennial Match Sunday afternoon at RFK Stadium.

What Are You Drinking?: Since it's just a friendly, I can toss some love toward Belgium's ridiculously strong beer history. But I'll keep it close to home: DC Brau's The Citizen, their Belgian-style pale ale.

Just like for D.C. United, this is your place for pre-game, in-game and post-game conversation.