On Visiting One of the Jewels in the Cascadia Crown

The latest road trip essay finds our intrepid explorer going to Portland and taking in the atmosphere.

Share All sharing options for: On Visiting One of the Jewels in the Cascadia Crown 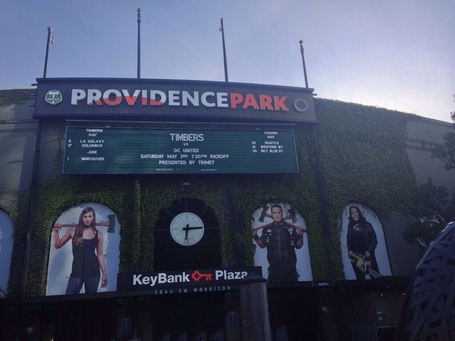 For many, a Portland Timbers game does not start at the usual 7:37pm kickoff time. Depending on the opponent, the game starts hours or even days before the game, and it starts outside the gates of Providence Park, where many fans stand, sit or even sleep outside waiting for a wristband which facilitates entry into the game. This particular game finds dozens of fans waiting outside at 10am as yours truly was heading to a Farmer's Market in town. 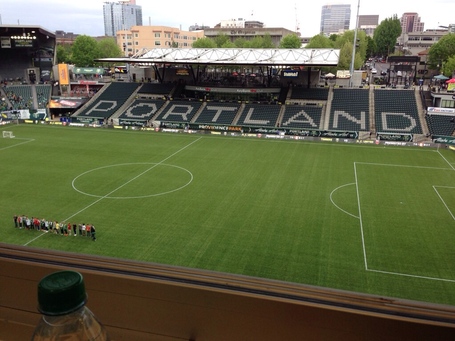 Because demand for tickets remains high in the team's fourth season in MLS, fans wait outside Gate 3 to acquire one of the 1,000 wristbands for each game. This is to gain early entry to the stadium, 30 minutes before gates open and two hours before kickoff. The process as I gather is to get the wristband and return to the stadium before gates open for the Timbers Army, locate the small numbers on the side of the stadium and working with your fellow supporter to determine your place in line (soccer's version of boarding a flight on Southwest Airlines) in order to get in and snap up your desired seat for games. Though the wait is long and the scoreboard on the South End of the stadium does not show much in the way of entertainment, not even a loop of the NBA's Trail Blazers' last second, series-clinching win over Houston the night before, the group keeps itself entertained, whether it is cheering on the kids team playing on the field before the game or by chanting "Go home you bums go home!" at the visitors as they are dropped off outside the stadium from SW 18th Avenue to walk down to the locker room. 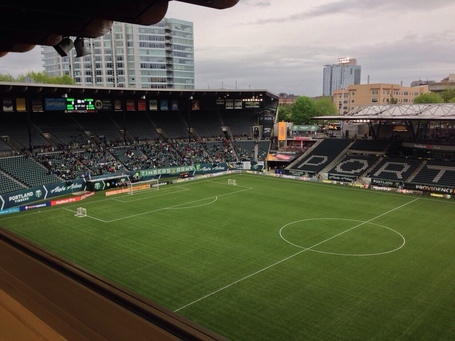 There are moments where Providence Park appears old to the newbie but one would never guess that it is almost 90 years old. Periodic renovations that have been made on it and the differences between that and the younger stadia that D.C. United plays in are noticeable, like looking at Sophia Loren and any choice of younger starlet who tans persistently, to the point where the latter looks like a baseball glove. Providence Park seating may be ancient (sturdy wooden seats bolted to concrete rows) and its concourses narrow, but its amenities are modern, such as Widmer on draft and mac and cheese hot dogs to chow down on and besides, you're going to see the game, remember? The stadium is downtown and mass transit drops you off in front of the gates, and mass transit in PDX is quite good. One could fly into the airport (which, by the way, has loads of Oregon beer you can't find in the D.C. area which can be bought in the terminals and brought home like Hawaiian pineapple) and go to the game on the Max alone. 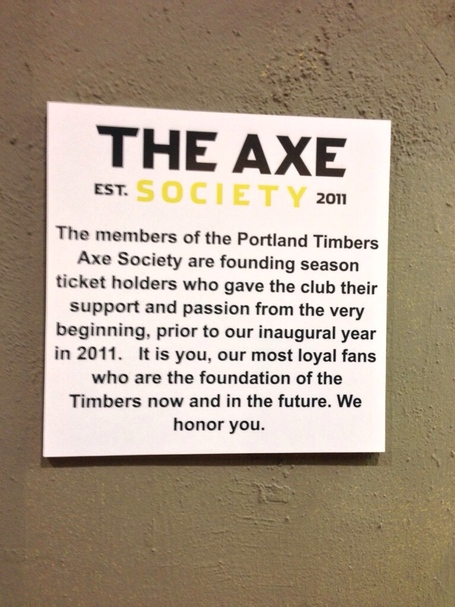 A sly thing that Providence Park does is it holds in the noise rather well. This was my third trip to Portland to see the Timbers (I now have some family in Eugene, thus making the trip a tad more justifiable). But what struck me about the venue was on my first time here in 2011, the day after D.C. beat Portland 3-2. As luck would have it, there was a reserve match happening the next day against the Sounders. As a tangent, far be it for me to try and throw some revitalized pixels at the rivalry that is Seattle-Portland, but I will say that for a reserve match between the two on a Sunday afternoon, approximately 3,500 people showed up, including some traveling Seattle support. For a reserve match. Seating was far more leisurely so my friend and I hung out in the North End and watched the fun, and even for a smaller crowd one could sense easily how the sound echoed. For a game with the TA in full voice things resound notably. And when they score much in the manner they did late against D.C. Saturday night, even in the heights of the press box the noise is foundation-shaking. 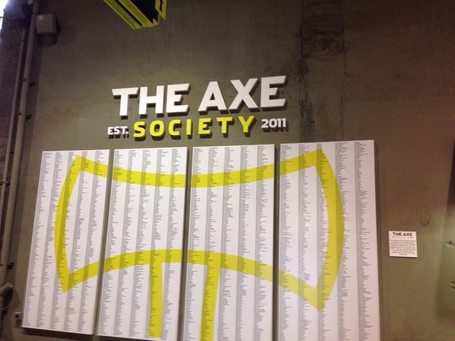 The Timbers have been doing this since 1975 and the routine is pretty tied down and quite impressive. Capos do not require mega/microphones because by now people generally know the songs. "PT-FC!" greets the players as they come out, and there are specific chants late in the game where the No Pity scarf wall forms. A sneaky thing the TA does that given their size is admirable is their ability to incorporate new songs into their setlist, if you will, inspired by various things (one song used a J-League supporters' group as inspiration). As one who got bored easily by the same three cadences when he was in the Army, this is welcome and refreshing. 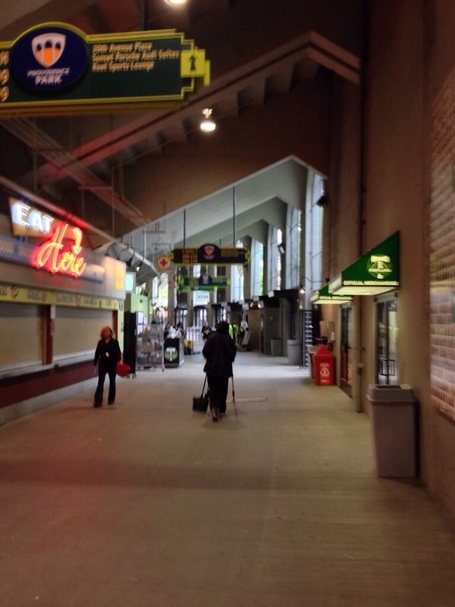 By car it is pretty easy to get out of Portland if one desires. Short of any 'old hand' bragging I decided to do so and within 15 minutes (leaving the opposite direction during rush hour) and you're on your way to find yourself in front of the house where they filmed The Goonies. Or go to Pelican Brewery and eat some cheese curds while drinking a Kiwanda Cream Ale. Don't feel like going out of the Portland limits? Clear Creek Distillery, Deschutes, Powell's or PBJ's Grilled are among the various attractions that await. I'm still discovering spots to hit that are great, and others who have made a similar trek are as well. The locals are great and accommodating, willing to hang out and be friends before and after the game, and taunt you during the 90 minutes in between. 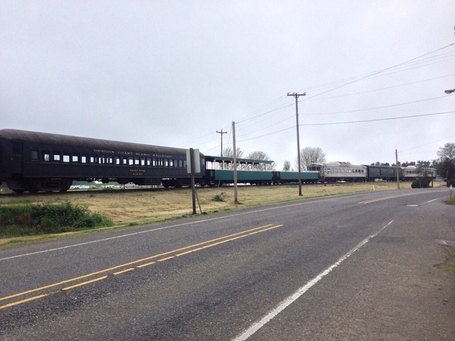 For a soccer fan, Portland is and should be a destination for the stadium and the atmosphere, but what they do not tell you is that Portland will make you keep coming back to it because you can never get all of what you may want to do in on one visit. Last year, they may have gotten some grief in cities not named Seattle and Vancouver for wanting to retain the Cascadia Cup trademark so that MLS could not use it for monetary purposes, but the three cities do and have enjoyed their soccer through the years and the respective attractions and atmospheres each city brings are their own. They have wrapped their arms around and take pride in them. In Portland, soccer is its own experience, but the experience of the city and surrounding elements is something that is just as enjoyable, bordering on addictive. Can one book airfare two years in advance? 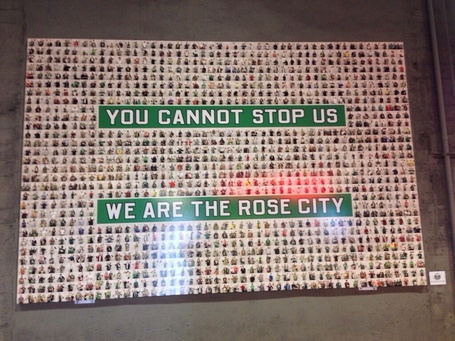