D.C. United vs. Columbus Crew: Where it all went wrong

The easy answer is "everywhere," but where did things really break down for D.C. United in their season-opening loss to the Crew?

Share All sharing options for: D.C. United vs. Columbus Crew: Where it all went wrong

Well that sucked. Having slept on the result of last night's dismantling at the hands of the Columbus Crew, the sting is hardly any less. What was supposed to be the unveiling of a newly competitive squad that would not make the same mistakes the 2013 version of D.C. United made on a weekly basis instead revealed a 2014 edition that made entirely new mistakes in to what has to be called an embarrassing debut. This is going to be my weekly take on the big tactical factors that turned the game, and unfortunately, there's not really any good to talk about.

If you're a fan of Matthew Doyle, mlssoccer.com's Armchair Analyst, as I am, you're familiar with his take on the modern #10. In years past, the great playmakers found space in the center of the park, between the opposing midfield and defensive lines. With the advent of defensive midfielders, that space no longer really exists against most teams, so successful attacking midfielders have gone elsewhere to find space. Last night, Federico Higuain put on a clinic proving this to be true. While nominally a central midfielder, Higuain has license to roam sideline-to-sideline to find space and overload one side of the field or the other.

And did he ever put that license to good use. When D.C. were in possession, Higuain defended from a central position alongside or behind Crew center forward Jairo Arrieta, but when Columbus turned United over, he vacated that space almost immediately, moving wide. Meanwhile, Perry Kitchen had instructions to maintain his central position in front of Bobby Boswell and Jeff Parke. That left Higuain free to find space to receive a pass and all but guaranteed that the combination of Higuain and the Crew midfielder and fullback on that side of the field would have numbers with the ball on that flank, against only a wide midfielder and fullback from the home side. To counter this, Luis Silva was forced to chase Higuain wide, which pulled him out of position when United tried to counter.

The end result of this situation was a big advantage for the visitors, as Higuain was much, much more involved than Silva, completing 73 (84%) of his 87 pass attempts, while Silva only attempted 38 passes over the course of the game. Higuain's outplaying Silva and neutralizing Kitchen by moving away from the central zone fully explains Columbus' dominance in possession (57%-43%) and was the biggest deciding factor in the game. What makes it more unfortunate is that it's obvious that the Crew are always going to funnel everything through Higuain, and taking him out of the game is the Alpha and Omega of defending Columbus - and we completely failed to come close to doing it.

Going forward, the question, tactically, is whether this is something Ben Olsen and his staff can correct without ditching the modified 4-4-2 diamond they re-adopted this preseason. Perry Kitchen is among the better defensive midfielders in the league, but that's not much use if his impact can be reduced to nothing simply by overloading either side of the field. Luis Silva dropped deeper and deeper yesterday to find the ball, but to little avail. Would he have more success against a team that packs the midfield a la the Crew by mimicking his counterpart on Saturday and moving to wide, rather than deep, spots? Or will we see a quick reversion to the double-pivot of the last season-and-a-half?

Of course, it wasn't just Higuain vs. 11. The midfield battle, which the Black-and-Red thoroughly lost, was the biggest feature of this game, but there were others, too. 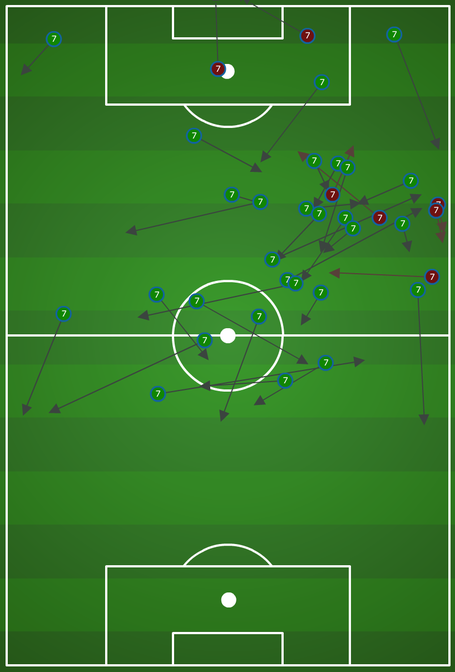 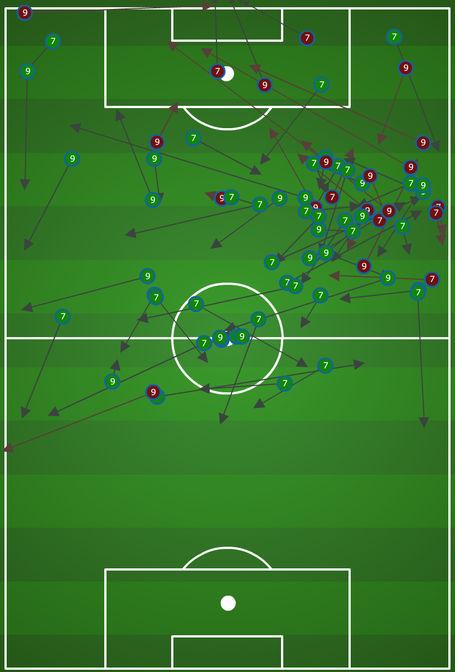 With United off next weekend, it'll be a couple of weeks until I write another of these columns. Hopefully the next one will have more positives to talk about.