Let's take a quick break from the serious business of getting ready for D.C. United's home opener against RSL on Saturday. Check out the top 5 new items at the D.C. United Team Store, and a top 5 ranking of the new 2013 MLS jerseys.

In light of D.C. United's disappointing opening game against the Houston Dynamo last Saturday night, we've had a lot of spirited commentary and debate here on Black and Red United about what went wrong down in Texas. As we get ready for United's home opener later this week against Real Salt Lake, it's likely that debate will continue, particularly in light of RSL's superb road win against the current Supporters' Shield holders, the San Jose Earthquakes. So, let's set aside all the serious discussion for a brief moment and talk about getting geared up as fans for Saturday's big game (hopefully sold out!) at RFK Stadium on Saturday night.

The most obvious piece of gear many fans want heading into the first home game is a new team jersey. While Major League Soccer made a big deal with this season's new jerseys, even to the point of branding a new "Jersey Week", D.C. United didn't participate this time around. Starting next year, however, every MLS team will have at least one new jersey (primary, secondary, and/or third) unveiled every year during Jersey Week (and, D.C. United is expected to have multiple new jerseys for 2014).

As an aside, before we look at the new items at the D.C. United team store, here are my top 5 new jerseys unveiled during Jersey Week. This isn't about whether I like or loathe these specific MLS team, but whether I think their fans would want to wear one of these jerseys while watching their team play in them:

1. Colorado Rapids secondary jersey. Yes, much has been written about these unique jerseys, and most of it has been very positive. I agree. Great jersey themed after the Colorado state flag.

2. Montreal Impact third jersey. Paying homage to the first Impact team in 1993, this is a sharp jersey that also continues the strong Italian theme the Impact seem to be cultivating (hello, Inter Milan).

4. Chivas USA secondary jersey. The second tenants at Home Depot/StubHub Center are a "tren naufragio" (Google Translate, "train wreck"), but they are going to look good away from home as the train is coming off the rails.

5. Seattle Sounders secondary jersey. Sounders jerseys may elicit more divided opinion than any in the league, but their new dark jersey will likely be a big seller among the massive Seattle fan base.

So, while we'll wait for new D.C. United jerseys next year, there are a few new items at the D.C. United team store that will get you ready for Saturday night at RFK.

1. Sideline Jacket ($90?). The item that many of us noted (and coveted) during preseason were the new jackets that several of the coaching staff were wearing on the sidelines down in Florida. While the D.C. United team store website doesn't have a picture up of this item yet, let's hope this is the jacket we saw in preseason (love the eagle on the right cuff). 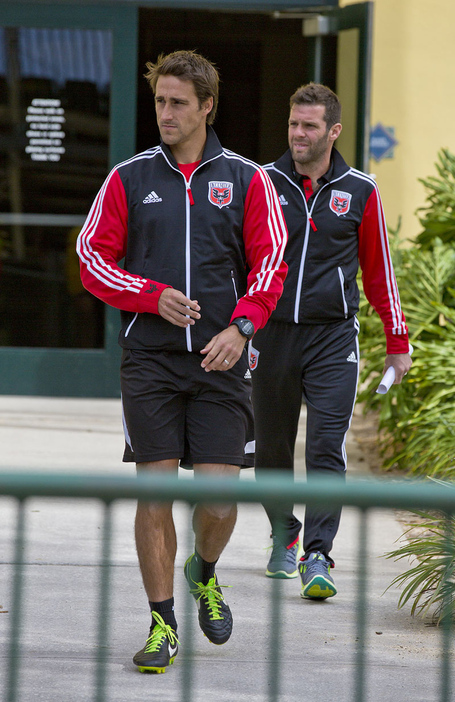 2. D.C. United Numbers Game Tee ($24). The Black-and-Red may be without team captain Dwayne De Rosario against RSL, but this new t-shirt is available even while #7 finishes his suspension. 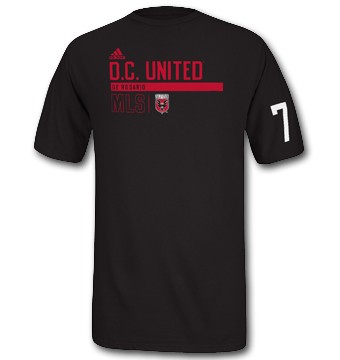 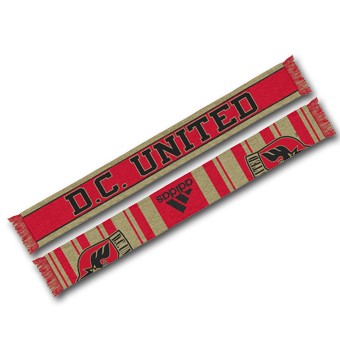 4. D.C. United Originals McFly Snapback Cap ($24). These throwback hats are wildly popular these days, so why not show your support for D.C. United with one? 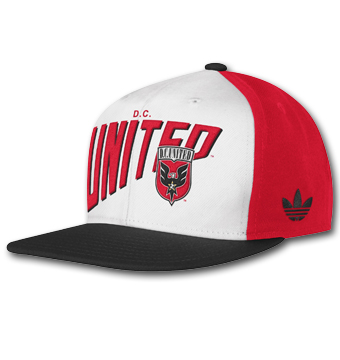 5. D.C. United Arch Classic Tee ($26). Wear three stripes just like the team, but without paying the full price for a jersey. 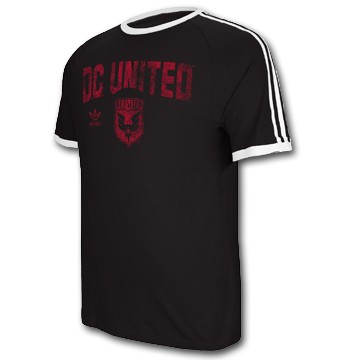 Now, let's get back to the important discussions of D.C. United's game plan, player selections, and RSL scouting reports. See you at the stadium on Saturday!

Photos by the D.C. United Team Store and Tammy Whiting.

Which of the new 2013 MLS jerseys are your favorites? What new gear will you be buying on Saturday? What are you looking for in D.C. United's new jerseys next year (perhaps a D.C. flag-inspired third jersey!)?