I thought I'd give today some time just in case some official kicks were coming our way. As I am an impatient man, the time for another round of fandom kicks is now!

Michael Estrada makes MLS Team of the Week Bench: A goal and assist earns a spot on MLS' Team of the Week. In related news is that no Toronto player is on this list. I am not above reaching for any ounce of petty dominance over our opponents.

Michael Estrada makes the @MLS Team of the Week after a goal and an assist this weekend!#VamosUnited pic.twitter.com/6aAIM6zsQ1

Leeds United finalizing deal to sign USMNT attacker Brenden Aaronson: American coach trying to get American player for European levels of money, reminding us that even the lower table teams in the Premier League have budgets that can frighten MLS. That's not an indictment of MLS either; our league continues to grow at an blinding rate.

Zlatan is Still Zlatan in AC Milan's Title Celebration: You would be correct if you thought I'd had enough of Zlatan after his MLS tenure. But sometimes this demigod reminds us so starkly of his uniqueness that one can't look away at the spectacle. If this season was any indication, we may not have many (any?) moments left to witness this character on the pitch, so I suppose it's ok to give him one more callback. Realistically though, he's probably playing for another decade or two because nothing stops Zlatan.

There is not a lot of news out there with the culmination of many leagues. Because I'm still hyped up for having gone to my first D.C. United match at Buzzard Point, I thought I'd do a face reveal of me at the stadium. Here I am celebrating the flyover before the match. *Insert cool sunglasses emoji here* 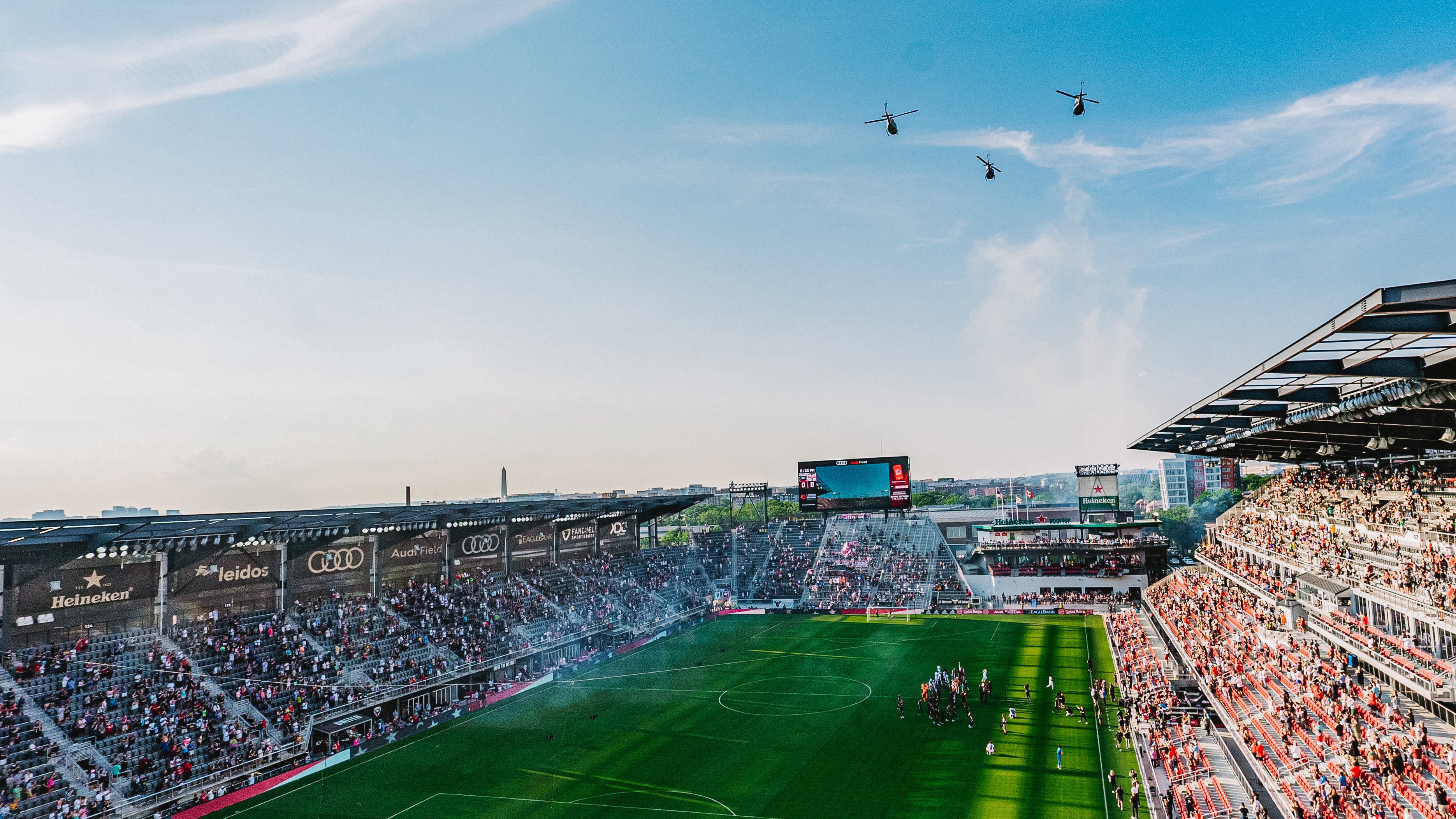 Motorsports sees one of its biggest American days coming up this Sunday. The Indianapolis 500 broke qualifying records with fast cars. 7-time NASCAR champion Jimmie Johnson decided to channel his years of oval racing this year by competing in IndyCar oval races this year (not just the road courses like last year), and that experience seems to be transferring well as he's shown some of the fastest speed amongst all drivers in practice leading up to this race. If he could avoid near wrecks like he almost experienced in qualifying, he has a good shot at winning it all.

Meanwhile, Sunday isn't just about the Indy 500 - I did say motorsports sees one of its biggest days. NASCAR will be racing one of its crown jewel events, their longest race of the year, the Coca-Cola 600 in Charlotte. Fans have been itching for more 1.5 mile track racing where this Next-Gen car has been excelling in entertainment (that funny business in last weekend's Texas All-Star race... doesn't count). 600 miles is also a benchmark test for the engineers and drivers as this can properly be classified as endurance racing; what's more is that in other series where endurance racing is more the standard (such as IMSA and WEC), those nimble cars see drivers cycle throughout the race. In NASCAR, these drivers remain behind the wheels of these monsters the entire time. Some fans may consider the race length antiquated as races elsewhere continue to shrink to fit TV-level attention spans, but this historic race demands every ounce of energy and skill to finish.

That's all I have for you today. I did not intend for this Fandom kicks to have more words on motorsports than soccer itself. Tell soccer to give us some more news for Tuesday mornings, then!