So, myself and 41,000 of my closest friends went to see the final send of of RFK Stadium. There are a plethora of articles, blog posts, and stories talking about everyone’s favorite memory of the old girl. I posted one or two here and there as well. I would like to amend my stories, however, but first I want to run down this weekend’s events. 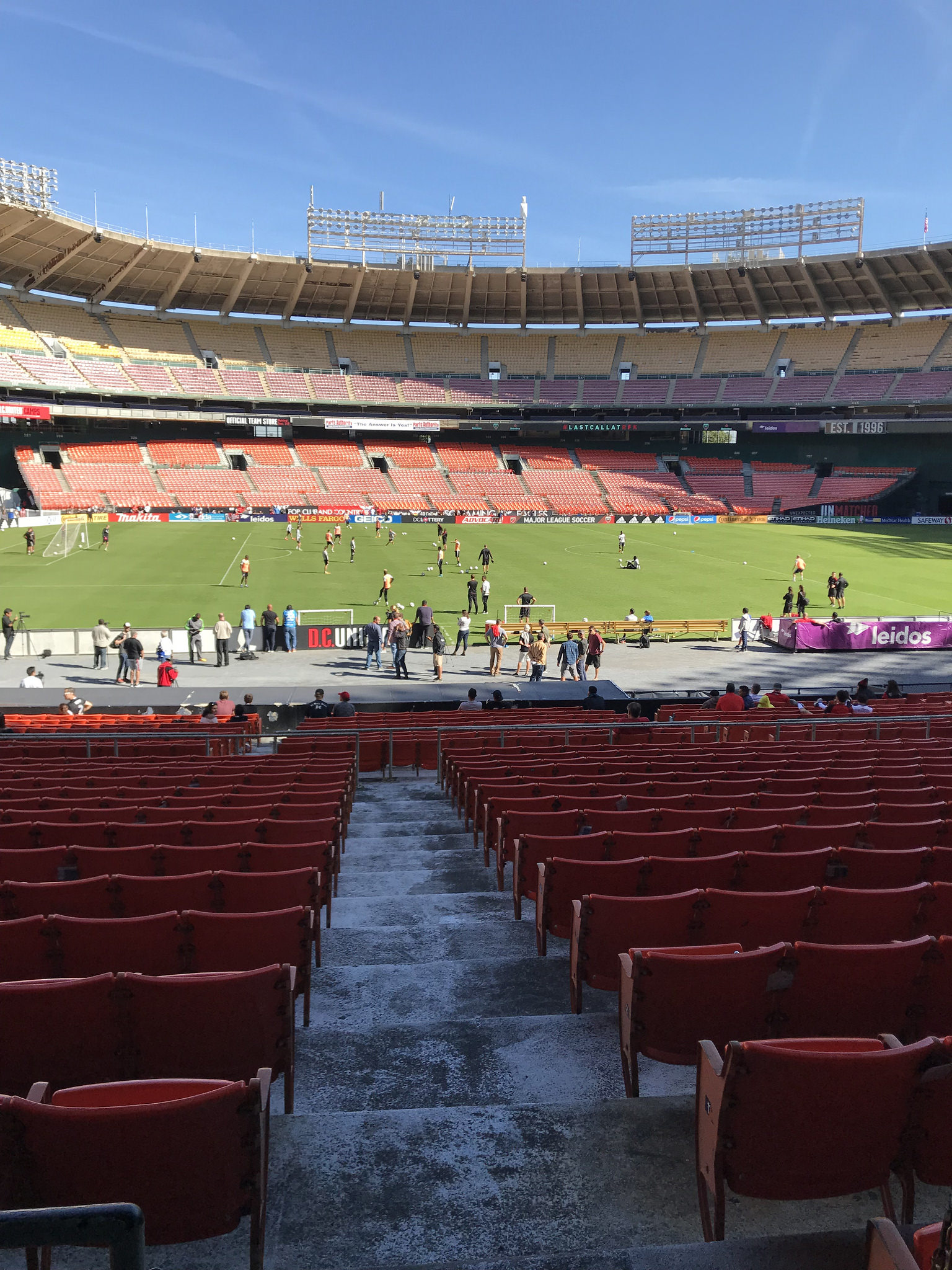 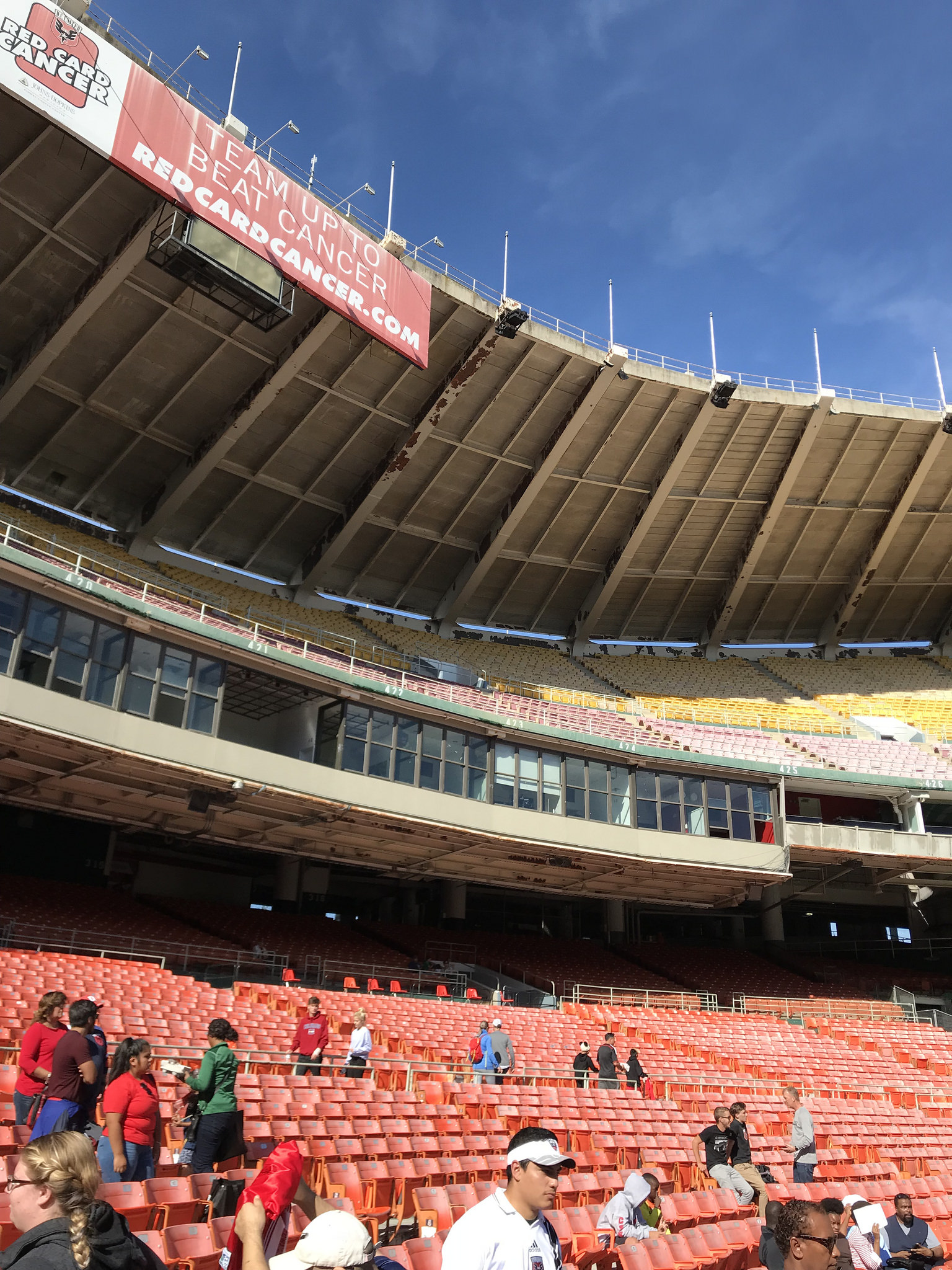 View of the old press box

Saturday morning, I decided to attend the open training at RFK. While there, I met a man named Joe. Joe and I got to talking and we sat together for most of the training. Joe was telling me about how he has been a DC fan since the beginning, but currently he works as a scout for the Portland Timbers. We were talking about players past and present, and about friends gone and still here. While we were chatting, Jaimie Moreno walked behind us and towards some younger guys one section over. They young men got excited almost beyond words and got autographs and chatted it up with Moreno. After Joe left to go scout a game in Georgetown, I decided to walk around and grab a few pictures and enjoy the beautiful weather before leaving and moving on with my day. As I left I had a feeling of happiness and excitement for the events the next day. 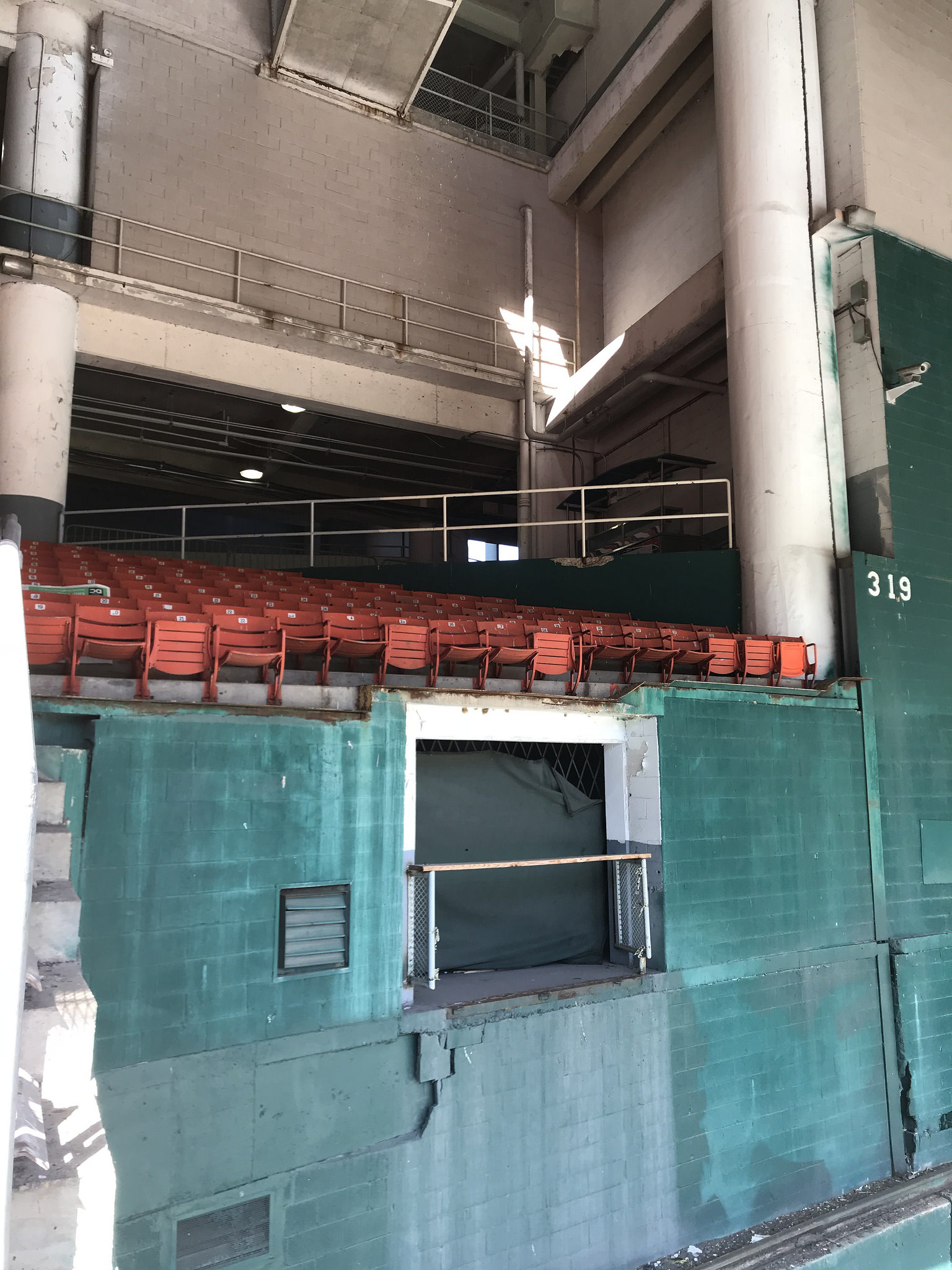 As I got of the metro and started to walk to Lot 8, I was feeling some sort of butterfly in my stomach but I couldn't quite place what that feeling was. By the time I got to the tailgate, that feeling turned back into excitement. This was actually my first tailgate in Lot 8. I had always gone straight to the stadium before, but I couldn't miss this last one. Once I had my food and most of my beer, I saw a few people that I knew from Screaming Eagles and hung out with them for a while. The sense of family was palpable amongst those at the tailgate. As our group walked towards the stadium for the legends game, I felt that weird feeling return. I said to the person next to me that I couldn't tell I’m headed to a party or a funeral and without missing a beat he replied "it’s both." 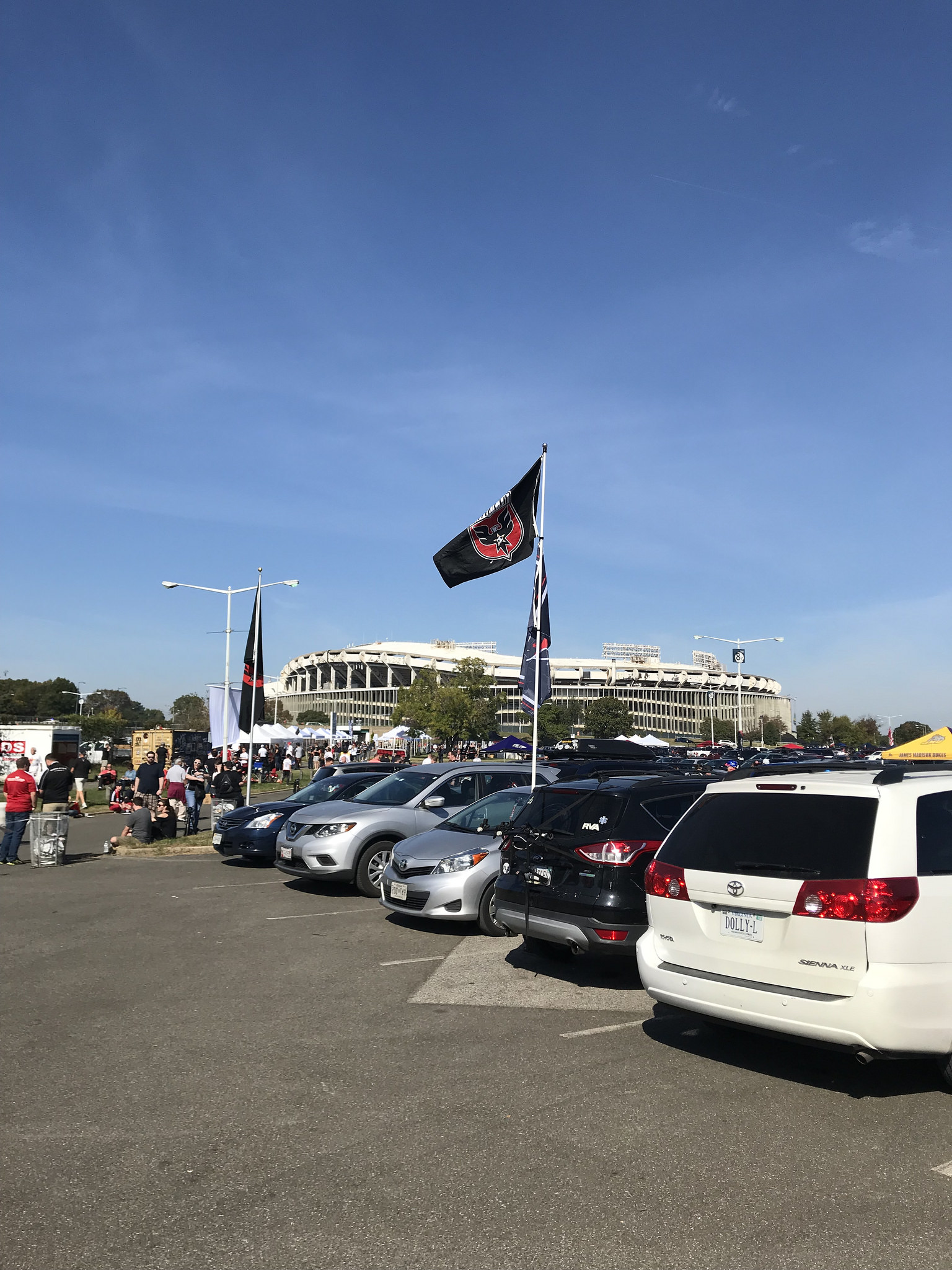 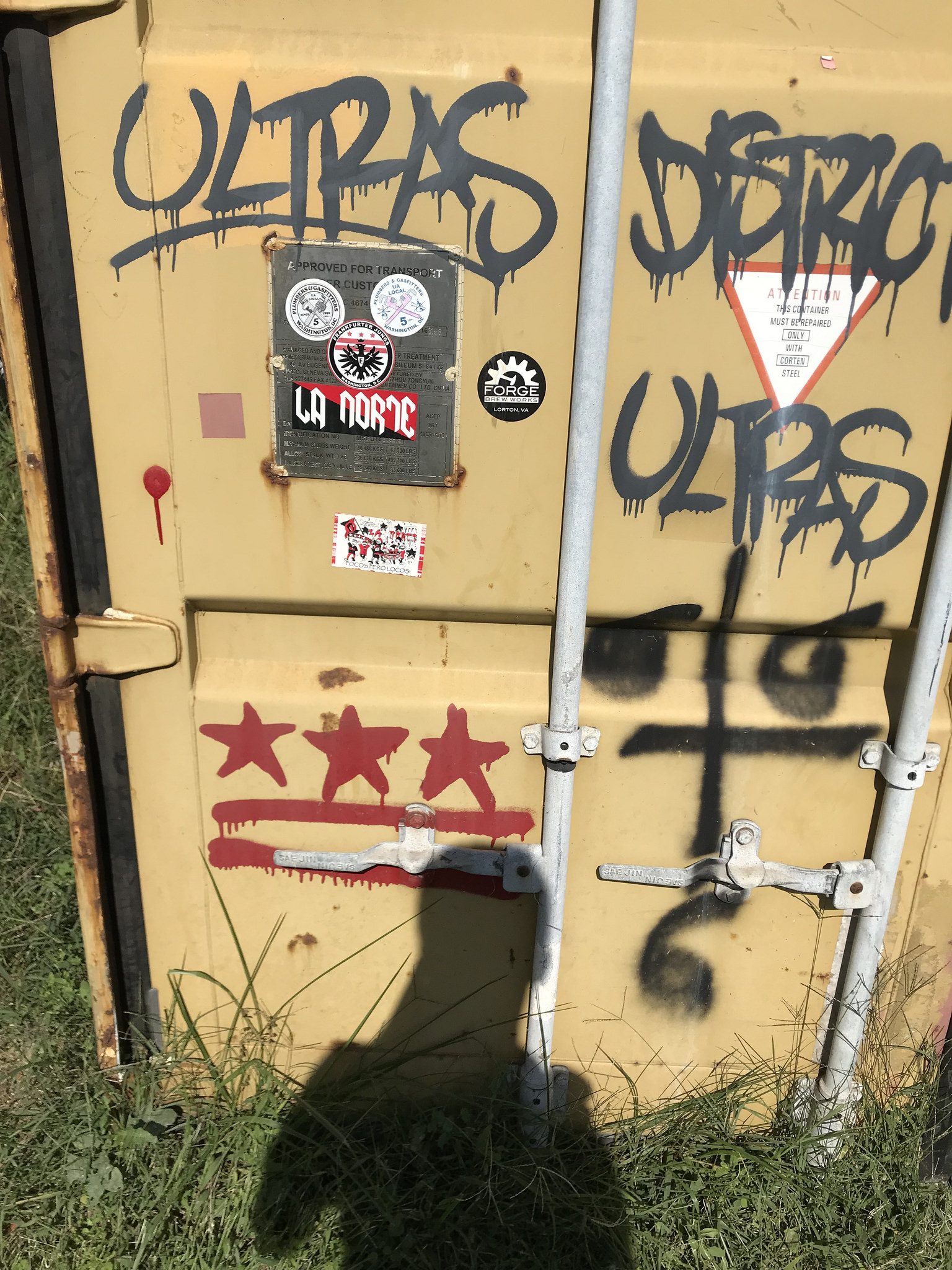 The legends game was great. Seeing the greats of United’s and the Dip’s past was surreal. Some of the old guys can still play. Out of everyone though, Ben Olsen seemed to enjoy himself the most, yelling at the refs and throwing the ball into the net from about 35 yards. Then, it was time for the main event. 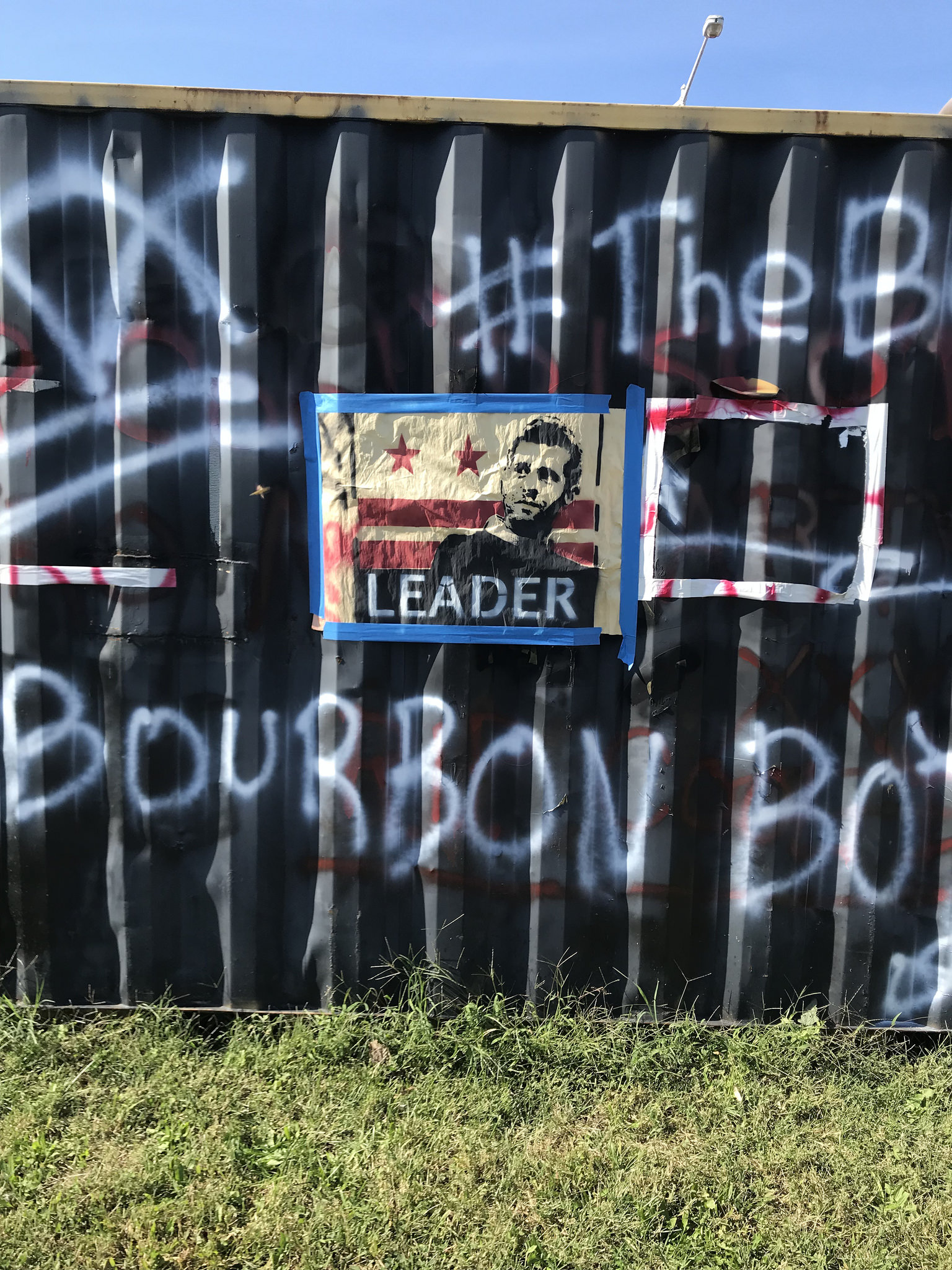 Quite honestly, the game itself has already gone a little foggy for me. What sticks out the most was the tifo. I felt like I was in a barra in Argentina. The banners going across the three groups and the ribbon flowing from the upper deck to the lower bowl was unlike anything that I had ever seen in person. The first goal was utter jubilation. The beer fell like rain. I was hugging people I had never met. The halftime drum circle was electric. People were hanging from the railings above just to get a view. 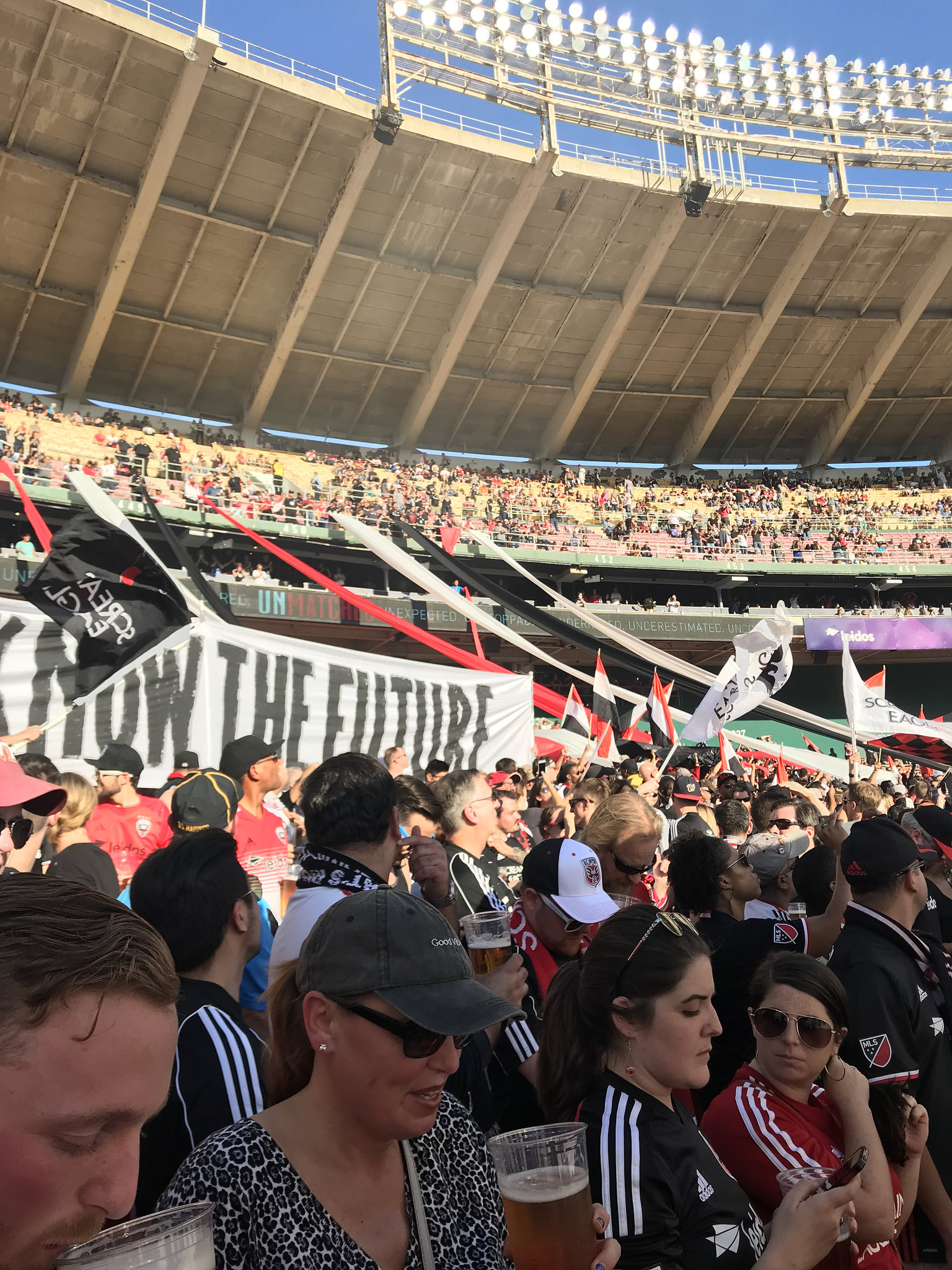 The second half was different. The party started to turn to a funeral. The Metros pulled one back, and then two, cementing the final score. The mood in the stadium had turned sour. But around the 80th minute mark, things started to change. Like a New Orleans funeral, it turned into a party. The ultras lit their smoke, the songs roared and the stadium moved like I had never felt it move before. I could not hear the final whistle over all of the noise, which continued for 10 to 15 minutes after the game ended. Chairs were being broken, only to be confiscated by security. Everyone wanted to leave for the last time with a memento from RFK. I happened to grab one of the bolts from a busted chair. If I can’t take the whole chair, I might as well take part of it. 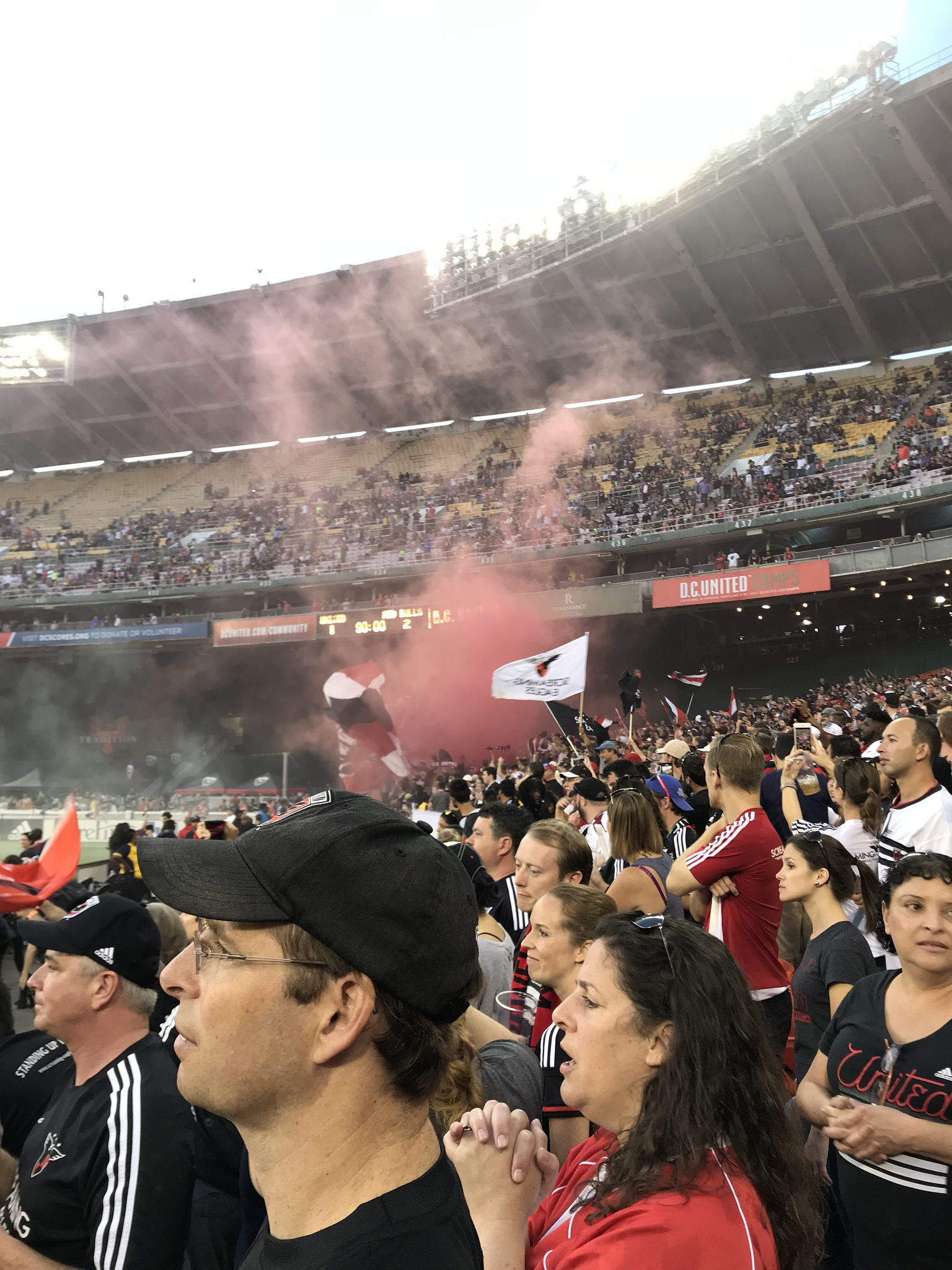 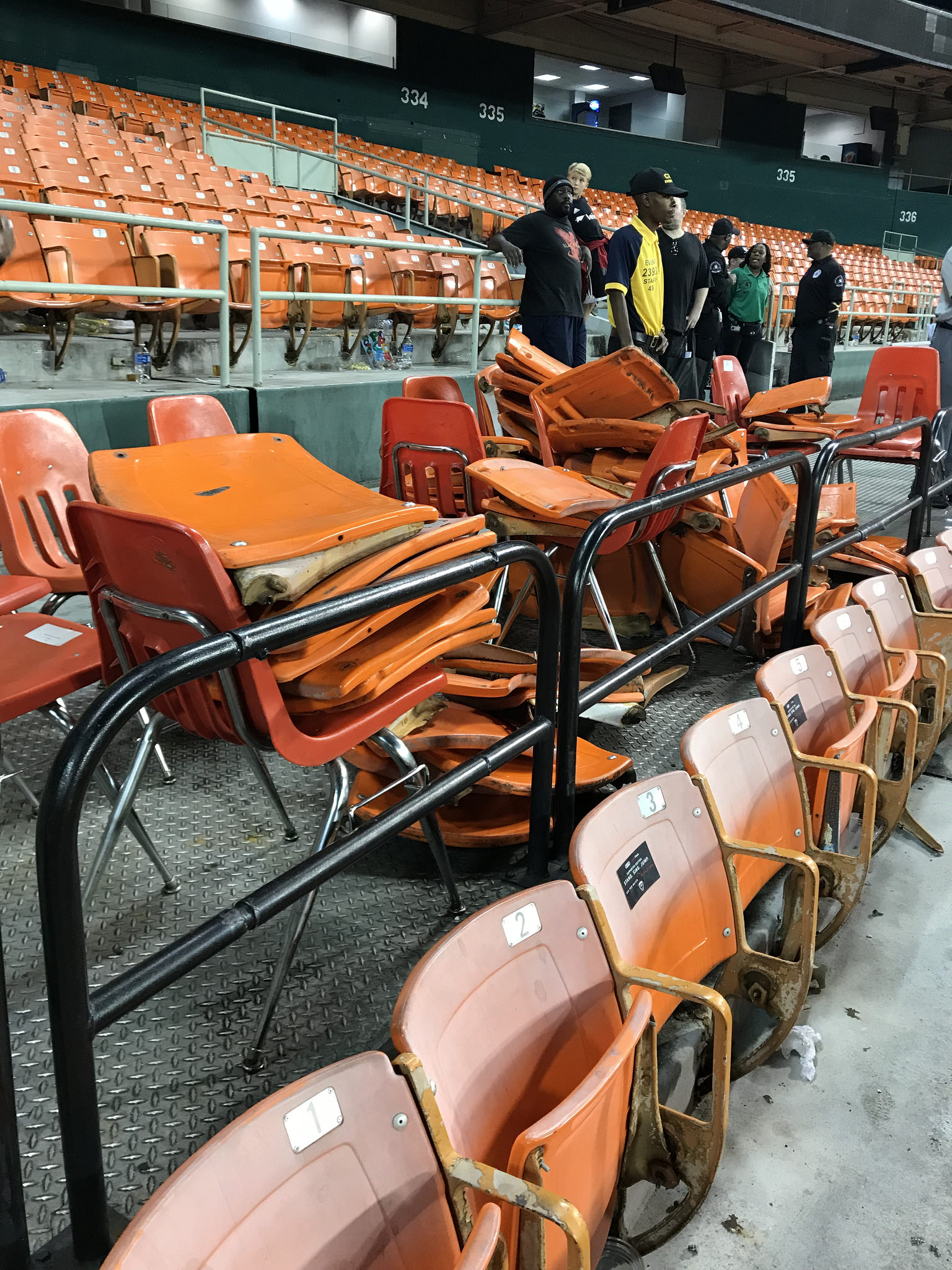 Souvenirs that could have been 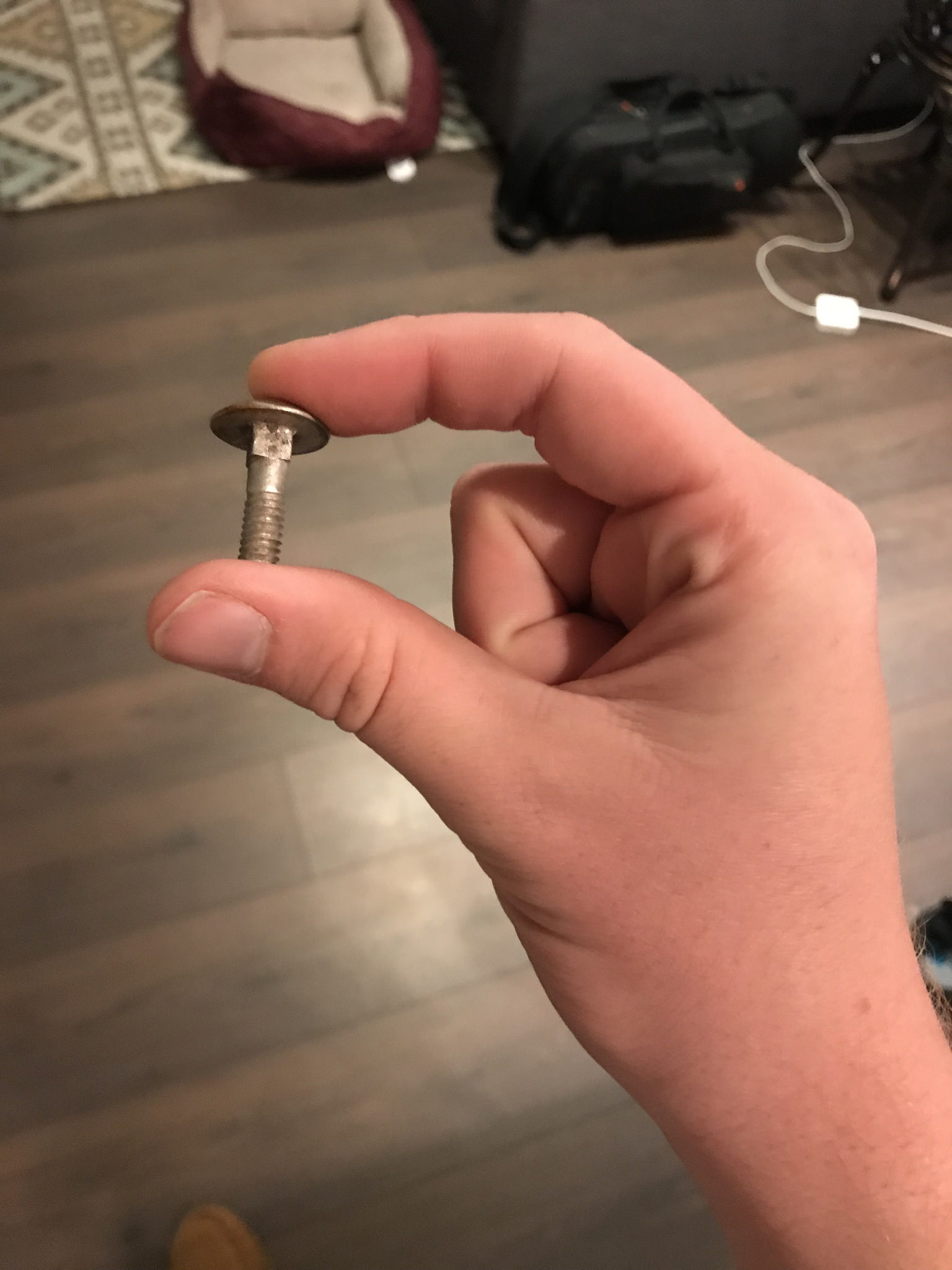 As I was walking back to the concourse, I had to turn around and take in the view one last time. Yeah the game was lost, but that didn't matter. RFK got the send off the it she deserved, one from the people for whom it mattered the most, the fans. After going home and sleeping on it, I realized that I have a new favorite memory of RFK, sort of. It’s not one that be easily put into words though. My favorite memory is of the feeling of RFK. That feeling of friendship, passion, and most of all, family. Even as we move into Audi Field, that is the memory that I will carry with me. 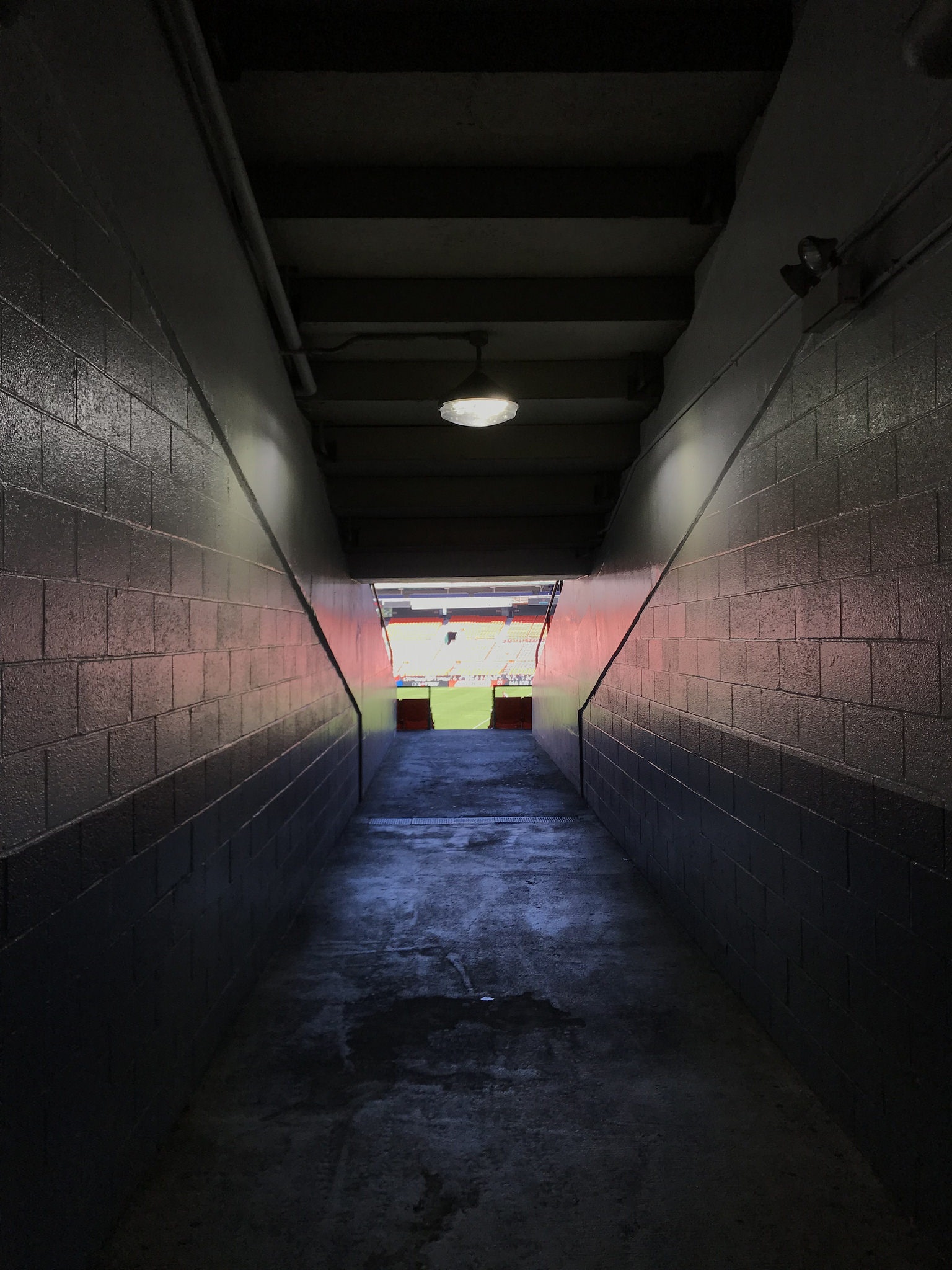