Filibuster Podcast Episode 5: This Is What a Winning Streak Looks Like

You've read everything there is out there on United's seven-game unbeaten streak. Now listen to bloggers talk about it! This was a fun episode to record. Partly because we're hitting our stride, but mostly because D.C. United has won two in a row - somewhat infamously - for the first time since 2009. Here's what's on tap for this week's episode of Filibuster - the Black & Red United Podcast:

Episode 5 is one tiny jump away - click on, noble listener.

As always, hope you enjoy it, and thanks for listening. Let us know what you think in the comments, on Twitter (@FilibusterDCU) and over at iTunes. 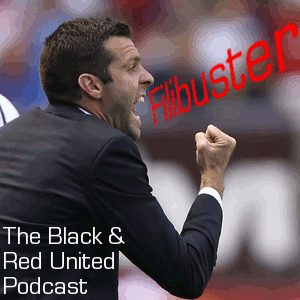