On Thursday night, my Macbook Pro crashed. I mean, it called hospice care and got itself mentally ready to spend the rest of its days in bed. That was exceedingly stressful for me, because we were planning to record the first episode of Filibuster - the Black And Red United Podcast on Saturday, and I didn't have time (or money) to buy a new one.

But that couldn't stop us. My fiancee stepped up and offered us her computer; we got everything set up. And now Filibuster is officially a thing!

In our inaugural episode, we talk about D.C. United's offseason and look at the tactics Ben Olsen's side will probably be employing in 2012. We talk to a voice that will be very familiar to United fans, the amazingly friendly and fun Tony Limarzi, who did not hesitate even a second when the host of a yet-to-exist podcast asked him to come on the show. Finally, we preview the season for each team in the Eastern Conference, one sentence at a time.

Check us out, by using the streaming tool below, or by downloading the episode here: Filibuster - Episode 1: Previewing the 2012 D.C. United and MLS Season (run-time: 1:18:24) EDIT: We're having some difficulty with the streaming tool, but I've been assured that it is forthcoming.

Our theme music is Pocket by Beau Finley, used with permission. If you enjoy the music, like the show, or love animals, be sure to check out the Humane Society benefit Beau is playing March 25 at Velvet Lounge on U Street. Check the poster after the jump for more info. 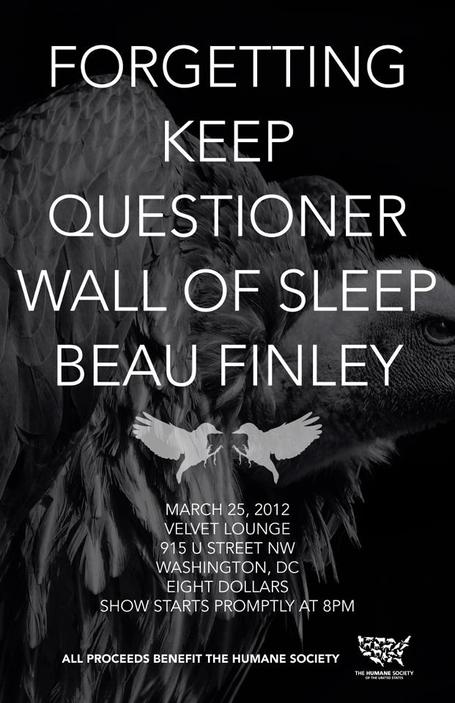