Share All sharing options for: Chris Pontius versus Jaime Moreno 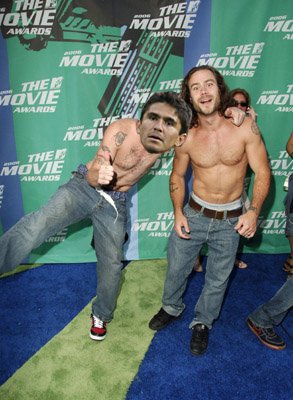 With all the lineup changes and the tinkering we've seen in the first four matches of the 2009 season, I figured this would be a good time to bring back an old favorite feature from 2008.

This matchup pits a grizzled veteran against a rookie for the withdrawn forward role, lining up next to Emilio. One has scored more goals than any other player in MLS history, and the other scored his first goal in his first MLS game just a few weeks ago. To be honest, I have no idea what the end result is going to be when I begin writing these.
Chris Pontius
Strengths:
1. Positioning - It's no coincidence that Pontius has been involved in so many of our scoring opportunities this season. He's the only guy on the team thus far to earn one goal and one assist.
2. Durability - Who would have guessed that Pontius would play all 360 minutes of the first four games? We expect that from Simms and Namoff, but not typically a rookie.
3. Flexibility - This post is meant to discuss the withdrawn forward position specifically, but there is something to be said for a guy who can play at forward, at either wing, and has also appeared at CAM for about a minute.
Weaknesses:
1. Inexperience - What a huge contrast between these two phenoms. Pontius is in his first MLS season. Moreno is in his 14th.
Jaime Moreno
Strengths:
1. Experience - Now at age 35, Moreno has seen it all.
2. Chemistry - The scoring triangle of Emilio/Moreno/Gomez is just behind Lassiter/Diaz Arce/Etcheverry as the best in team history. Even as Moreno and Gomez near the ends of their careers, they've always had an uncanny ability to find each other, and to find their striker Emilio to create scoring opportunities. Hopefully we'll see some more of that as they see more time on the field together.
3. Leadership - Without Jaime or Benny in Salt Lake last Saturday, there was a noticeable lack of leadership presense on the field.
Weaknesses:
1. Fatigue - I have my doubts about Moreno playing very many 90 minute matches this season. It's just a part of getting older.
2. He's better as a sub! - This is taking nothing away from Moreno's ability, I just like him best when he enters a match after minute 60. Although this isn't necessarily a weakness, it's a decent reason to start one player over another. When leading, Moreno can control possession and seal a victory. When trailing, Moreno can totally alter the pace of our attack and guide us to victory.
So what do I think we should do? I like Chris Pontius starting next to Luciano Emilio, with Moreno coming off the bench. I like having at least one of Olsen or Moreno on the field at all times, so as long as Ben Olsen is healthy enough to start, I'm ok with starting the dynamic Pontius over the experience of Moreno.
Now on to more pressing matters... I'm really excited about the game tomorrow night. This just feels like the kind of match that we usually win 4-1. And even though this is only the fifth match of the season, after a couple of disappointing results earlier, and now playing against one of our Eastern Conference rivals... Does this feel like a must-win game to anyone else?