Marc Burch on the Junkies

Share All sharing options for: Marc Burch on the Junkies

Our boy Burchie gave an interview on the Junkies yesterday morning. Listen to it here (4/4, Segment 10) or download it here. For a transcript of Marc's previous interview with the Junkies, check out the Edgell archives.

Burch on Ben Olsen: "He could shave before he gets to practice and then by the time he leaves he's got a full grown beard. You don't really know, but I think he's been going for a little bit of the caveman look lately."

Burch on Santino Quaranta: "The one thing about Santino that I've learned is that he's not very bright." 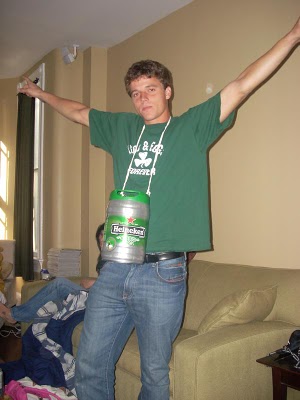 Burch on his salary: He tells the guys that his base salary this year is only $33,000 and unsurprisingly the Junkies are shocked. But Marc goes on to explain that the players also earn bonuses from tournaments, for each win, from Adidas, Nike. But... "If you suck like some of the teams you're not gonna make any more money."

And finally, back to Olsen: "He's got a nice house in DC. He drives a BMW."